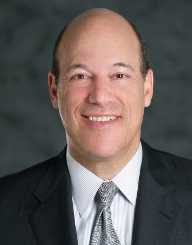 He was born to a Jewish family of Eastern European descent in New York. His parents Alan and Martha Fleischer welcomed their child to this world on October 13, 1960. He was given the name Lawrence Ari Fleischer. Both parents were from a middle working class segment. As a young person, he was very much into athletics, he enjoyed gymnastics and baseball.

Immediately after college, Fleischer went into politics. He was hired by Jim Fosil in New York. At the time Fosil was running to be Congress on a Republican ticket. Fleischer’s choice to work with the Republicans shocked may. He was brought up in a family circle which was deeply Democrats by politics. He was later picked by Norman Lent, another Republican politician in Congress. Having left Lent, Fleischer joined the inner circles of the Republican Party. He became a member of the National Republican Congressional Committee. In his capacity as Field Director, he served for three years until his resignation in 1988. In the following decade, Fleischer served as a spokesman in different political sections in and out congress.

Fleischer entered presidential politics in 1992. He tested the heat of presidential aide duties as part of President George Bush Sr. re-election campaign team. After the loss of the incumbent to Bill Clinton, Fleischer went back to his private business and Republican politics.

During the Republican presidential primaries in 2000, he was the head of Senator Elizabeth Bole’s press team. He was incorporated in the George Bush Jr campaign team after Dole pulled out of the race. Eventually Bush won the hotly contested elections in the US history.

Impressed by his performance, President Bush nominated him to the post of Press Secretary. His nomination was ratified by Congress in 2001. As the president’s public relations officer, Fleischer served at Capitol Hill at arguably the most difficult time in the US history. The country was politically deeply divided from the just concluded elections. The most devastating terrorist attack on American soil happened in September 2001. Lastly, President Bush took America to war in Afghanistan. To many, this was an unnecessary and hurriedly pushed war. In all this, Fleischer was to brief the stand and direction of the president to the American public. Fleischer did his job extremely well, getting praise from some Democratic quarters. He resigned in May 2003.

As a media personality, Fleischer has built an empire over the years. He has an interest in several sectors of communications. He is a regular guest and advisor to the Fox News Channel on matters political.

He was quoted on many occasions saying that he always wanted a good Jewish woman to marry. This dream came true in November 2002. He married Rebecca Davies in a Jewish ceremony. While the wedding was officiated by a Jewish Rabbi, the ceremony was also witnessed by a Roman Catholic priest. To some, it was an interfaith wedding. The couple has two children. Currently, they live in New York.

Ari Fleischer’s public relation skills and charm steered the US clear of a deep crisis during the early days of the Bush Jr administration. Though his boss the president was unpopular with his policies, Fleischer did a splendid job as Press Secretary. His articulation of the president’s stand without antagonizing the situation endeared him to many.

In the aftermath of the Twin Towers’ attack, the Muslim community in the US was a clear target of hatred from rightwing organizations. Fleischer was instrumental in reassuring the American Islamic community of their civil liberties.

Thus even having retired from the political scene, his companies are still being consulted by various organizations across all sectors of the US spectrum.