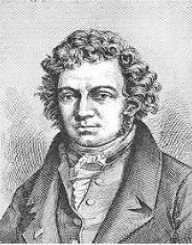 Andre Marie Ampere was a physicist and mathematician from France. He is significantly recognized for being one of the founders of the science e of classic electromagnetism, which he named electrodynamics. Born at the time of renaissance in France, he sought knowledge in various subjects from an early age. He liked mathematics and other science subjects which he pursued further and ended up becoming a mathematics professor.  During his lifetime, he also conducted experiments in various areas. He was fascinated by Hans Christia Oersted’s research in the relationship between magnetism and electricity and extended his work. He then made more discoveries leading to the formulation of the electromagnetism or electrodynamics.

Andre-Marie Ampere was born on 20th January 1775 in Lyon, Kingdom of France. His parents were Jean-Jacques Ampere and Jean Antoinette Desutietes-Sarcey ampere. The family consisted of two other sisters to Ampere. He was brought up at Poleymieux-Mont-d’Or, which was a family property around the Lyon region. Ampere’s mother Jean Antoinette was a staunch Catholic, and as a result, Jean gained an interest in the faith. His father Jean-Jacques worked as a merchant and was very proficient in the work. He also liked Jean-Jacques Rousseau’s philosophy and guided Ampere to attain education through his line of theories.

Jean-Jacques philosophy encouraged young boys to undergo `Education direct from nature’ instead of undergoing the formal schooling system. As a result, Ampere was not taken to school but gained knowledge by reading the wide variety of books in his father’s library. From his early days, he had a great passion for gaining knowledge. His father became his guide and helped him read and comprehend books in various subjects, i.e., Travels, poetry, mathematics, history, natural sciences, and philosophy. Through his studies, he loved the sciences and mathematics more.

When he turned 13, Ampere began focusing on mathematics more.  His father encouraged and supported him, by buying him specialized books in mathematics. Also, he organized formal lessons for him under the tutelage of Abbot Daburon and taught Calculus. He also began focusing on physics studies at the time.

In 1979, the French revolution arose, and Ampere’s father was appointed to public service by the revolutionary government, where he became a Justice of peace in a town near Lyon. In 1792, the family experienced tough times after one of Ampere’s sisters died. The same year, the revolutionary government was overthrown by Jacobin Faction. In 1972, the new management guillotined Ampere’s father. Ampere got extremely discouraged by this and took a  year break from his studies.

In 1797, Ampere was employed as a private mathematics teacher.  He enjoyed great success as a tutor and soon guided many students in the region. Also, he gained the attention of many intellectuals who were fascinated by his Knowledge. In 1799, he was employed as a mathematics teacher. His educational knowledge and reputation grew further, and in 1802, he became a professor of physics and chemistry and began working with Ecole Centrale located in Bourg-en-Bresse. In addition to this, he started researching in mathematics, hence came up with `Considerations on the mathematical theory of games’ during the same year.

In 1804, Ampere was employed by a newly formed institute called Ecole Polytechnique. As a result of his commitment and dedication to his work, he soon rose up the ranks and became the Professor of mathematics in 1809, although he was not fully qualified for the position. He served as professor until 1828. In 1814, Ampere was voted into the French Academy of science. At the time, he also conducted a lot of research in mathematics and other sciences. More so, he worked as a part-time lecturer at the University of Paris, teaching Philosophy and Astronomy, whereby he worked from 1829 to 1820.

In 1820, a Danish physicist named Hans Christian discovered electromagnetism. The invention was later familiarized to the French Academy by Francois Arago. It greatly fascinated Ampere, and he decided to research further on the invention, by conducting several experiments.  He realized that two parallel wires transmitting electric current either attract or repel each other, depending on the direction of flow of the current. He then applied his mathematical knowledge about the physical laws from the experiments, and came up with the principle and was later referred as `Ampere law.’ His research helped to understand the electromagnetic relationship further.

Ampere later conducted more intensive research that led to the publication of a book in 1827, called `Memoir on the Mathematical Theory of Electrodynamic Phenomena, Uniquely Deduced from experience.’

Ampere was responsible for the formulation of the Ampere law. He founded the astatic needle, which is an essential bit in the current astatic galvanometer. He is credited with the discovery of electromagnetism, whereby he came up with Ampere’s circuital law.

He became elected to `Foreign member of the royal society’ and a Foreign member of Royal Swedish Academy of science’ positions in 1827 and 1828 respectively. A unit for calibrating electric current, the ampere, was named in honor of him. Also, his name was later inscribed on the Eiffel tower.

Andre Marie Ampere got married Catherine Antoinette Caron in 1799, and they were blessed with a son. Catherine, however,  succumbed to cancer and died in 1803. He later married Jeanne-Francoise in 1806 and had a daughter with her. The marriage did not last, and they soon separated.