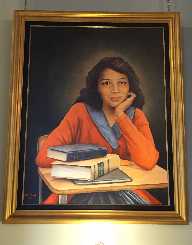 Barbara Rose Johns Powell was one of the young ladies of her time who doubled as civil rights activists and a student. Johns was born in the City of New York in the year 1953. However, she grew up in the county of Edward in Virginia. During this period there was a strong sense of segregation in America as a whole. Also, Johns was the niece of one of America most renowned civil rights and legend Vernon Johns. Vernon, her uncle, was also one of the Fathers of the Civil Rights Movements. Her ability to stand up against biased authority took place when she was so young.

At the time Johns was only 16 years old, she led a strike against the authorities at R.R Moton High School. Moreover, she was calling on the authorities to avail equal education rights to all without prejudice of any kind. Also, they managed to file a lawsuit against their county of Edward in Virginia. Brown v Board of Education was the suit that put an end of segregated school in America.

The young Barbara Rose Johns Powell was born in the City of New York around the year 1935. However, Johns got to grow up in Virginia at Edward County. During this era in life, there was active public racism in play across America.  Therefore, it was a hard time for non-whites in America in general. Also, there an open sense of hardship among the African America community. Moreover, for this case, there were horrible conditions in African-America schools as compared to white schools. So, during this period, Johns went to one of the African American Schools.

That was the Robert Russa Moton High School. The school had such poor facilities, and there was overcrowding in the school. However, there was a sense of pressure with the African American communities to go to school. So, the rooms that could only have a capacity of around 150 students help approximately 400. That is about 250 other students who had the hope of getting an education. Consequently, the all-white board of the school took the opportunity to erect a chicken like a shack to help accommodate the extra students.

So, in the year 1951, John stood up against the authorities to the situations affecting black students. Johns went in front of the assembly in school and made her passionate speech about the inequalities in the school system. Then out of nowhere, John requested for the other students to help her. The school took the opportunity and led a mass walkout of the school in protest.

In her capacity, Johns sought out and hired two lawyers, Spottswood Robinson III, and Oliver W. Hill. These two were the members of the National Association for the Advancement of Colored People. After their discussion, they went ahead to file the suit Dorothy E. Davis et al. vs. County School Board of Prince Edward County, Virginia. However, the case is famously known as Davis v. Prince Edward. The suit was a representation of the views of more than 117 students. However, they decided to use the name of Dorothy E, Davis as the primary plaintiff. After only one year the US. District Court in its capacity found for the school board.

Moreover, this was not the end of the fight for Johns and the many black students. So, they took their case and joined it with another at the supreme court. The court case got joined with Brown v. Education, 1954. At the supreme court, the court found that the segregation was illegal and contrary to the American constitution and dream.

After this wild blow to the authorities in Edward county, Johns life was in danger. So, she left and went to stay at her relative's lace in Alabama. However, even after the supreme court ruling, the County of Edward in Virginia refused to integrate students. So, they went ahead to pass several laws to disagree with the supreme court's decision to incorporate.

Consequently, the state and a federal court struck down the biased laws in 1959. Sometime after that, Edward County made sure they closed all the schools. They made sure no black children could use the same schools as their children. So, the schools got locked for more than five years till the year 1964.

After winning in Edward County, Johns retreated to a quiet life away from the public eye. She also managed to go to college at Spelman College and then later she went to Drexel University. John later became a librarian in one school. Even, John got married to one Rev. William Powel. Their union got blessed with three beautiful children.

Barbara Rose Johns Powell met her death in the year 1991. This was after many years of bringing the will of the people to the courts and winning massively. She made sure that the black community could learn to stand for themselves against the repressive laws and people. In her memory, Johns got to receive an honor from the state. Also in the year 2008, the state of Virginia went ahead to unveil a monument in her honor. The memorial is at the Richmond's Capitol Square. The memorial is her honor for her part in the help to bring the races together and ending desegregating in schools.