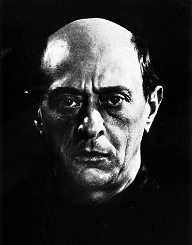 Arnold Franz Walter Schoenberg was born on the 13th of September 1874 in Vienna Austria.Arnold Schoenberg grew up in a predominantly Jewish community in Vienna. His parents were Samuel Schoenberg, a shoe shop owner, and his wife, Pauline. He grew up with other musically inclined relations, his brother, Heinrich Schoenberg and his cousin, Hans Nachod.

Arnold Schoenberg began his career in music at the tender age of nine. Arnold was composing simple pieces for the violin. Soon after he started to compose trios for two Violins and one Viola.Arnold's career took a turn in the right direction when he met the famed astrologer, Oskar Adler, who convinced him to learn the cello. Oskar Adler was a physician and musician at the time. Schoenberg after that began to compose quartets.

Arnold Schoenberg had to get a job as a bank clerk in the early 1980s to support his family after his father’s death in 1980. Arnold met amateur orchestra conductor, Alexander Von Zemlinsky in whose orchestra Schoenberg played the cello. Schoenberg also took counterpoint lessons from him. Alexander Von Zemlinsky later became his friend and brother-in-law. Schoenberg made his first public performance in 1987 with the String Quartet in D Major. His composition was well received and was performed in concert sessions in 1897 to 1899.

Arnold Schoenberg made his first giant stride in 1899 with his Verklärte Nacht composition. This was a bit controversial amongst conservative program committees for it was the first of its kind. This notwithstanding became one of his most notable compositions.

In pursuit of a better financial situation, Schoenberg moved to Berlin. There he worked as a musical director at Überbrettl. There he wrote Nachtwandler for soprano, piccolo, trumpet, snare drum and piano.

Still in search of a better financial situation, Arnold Schoenberg went further to teach at Stern Conservatory. Arnold was helped by the German composer Richard Strauss to secure a position here and get the Liszt stipend awarded by the German Society for German Music. Here Arnold composed a symphonic poem for a large orchestra, Pelleas und Melisande

Arnold Schoenberg regularly attacked the bourgeois and conservative artistic values. Arnold was also often rejected by those who subscribed to them. This led him to start the Society for Private Musical Performances. Here musicians and composers may perfect and perform their work while exercising artistic liberties away from the pressure and dictates of the conservatives. The society ran between 1918 and 1921 and produced 533 performances.

Over time, Arnold Schoenberg evolved from strictly tonal compositions to less tonal more complex melodies and harmonies.Schoenberg did Das Buch der Hängenden Gäten. Opus 15 in 1908 and Three Piano Pieces. Opus 11 in 1909 which dispensed with Tonality in its entirety and made no reference to any key whatsoever. Arnold referred to them as Pantonal though it was more commonly referred to as atonal. Arnold Schoenberg's most important compositions along this line include Five Orchestral Pieces. Opus 16 in 1909, Die Jakobsleiter (Jacob’s ladder) from 1917, the monodrama, Ertwartung.opus17 1924, and Die Glükliche Hand (the hand of fate). Opus 18 in 1924.

Arnold Schoenberg is credited with creating a new method of musical compositions known as the 12-tone row. Rene Leibowitz and Humphrey Searle gave this the name Serialism. This 12-tone row influenced the works and was taken up by many students. Arnold's use of the twelve-tone method got him some opposition but notwithstanding, he gained increasing acclaim and recognition.

Arnold Schoenberg later returned to the use of Tonality in the 1930 Six Pieces for Male Chorus. Opus 35 amongst other. s. He did works like the

Arnold Schoenberg contributed immensely to the music theory and study in his writings. He wrote the book Harmonielhre (Theory of Harmony) in 1911 which became one of the most significant books written on the subject. In 1942 Arnold wrote the Textbooks Models for Beginners in Composition. Other books were either compiled or translated by others in Arnold's name. These include Structural Functions of Harmony (1954) Preliminary Exercises in Counterpoint (1963) and Fundamentals of Musical Compositions (1967) and many others. These books are still in print and very influential.

Due to the anti-Semitism Arnold Schoenberg suffered, Schoenberg converted to Christianity at some point as a means of self-defense and also to increase his appeal. Arnold Schoenberg became a part of the Lutheran church in 1898. Upon his migration to the United States, he returned to his Jewish faith in 1933.

Apart from being a musician, Arnold Schoenberg was also a considerably good painter. Some of his works were good enough to be exhibited.

Arnold Schoenberg married his friend’s sister Mathilde Von Zeminlinsky. She died in 1934 after a long illness. They had two children together, Gertrud and Georg. During their marriage, she left him in 1908 for some time for an Australian Painter. This period was evidenced by the changes in Schoenberg’s musical compositions.

Arnold Schoenberg married Gertrud Kolisch in 1924. She was the sister of one of his students, a violinist, Rudolf Kolisch

Arnold Schoenberg died on the 13th of July 1951 at the age of sixty-six. It was reported that his death was caused by his superstitious fear of the number thirteen. Arnold had gotten a note from an astrologer about the date that pushed him into depression and anxiety which resulted in his death.

Arnold Schoenberg is remembered for his immense contribution to music composition and understanding.
After Arnold's death, his wife founded the Belmont Music Publishers for the publication of his works.