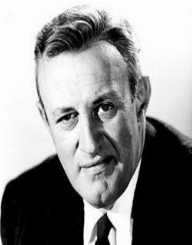 Actor Lee J. Cobb was born Leo Jacoby on the 8 December 1911 in New York City. His father was a newspaper editor, and the family was Jewish. As a child, he showed musical talent and played the violin as well as the harmonica. His dream of a career in music ended when he broke his wrist as a teenager. Instead, he ran away to Los Angeles but returned home after he had no success breaking into acting.

Lee J. Cobb went on to act in many other films but also continued his stage work. Movies during the 1940s  include The Song of Bernadette (1943), Winged Victory (1944), The King of Siam (1946), Johnny O’Clock (1947), Bommerang (1947) and Captain Castile (1947). On stage, he took the lead of Willy Loman in Arthur Miller’s Death Of A Salesman which premiered at the Morosco Theatre on the 10th February 1946 and which was directed by Elia Kazan. The play won a Tony Award for best play, supporting actor, author, producer, and director and ran for 742 performances.

Lee J. Cobb was nominated for an Academy Award Best Supporting  Actor Oscar for On the Waterfront in 1954.

In 1953, Lee J. Cobb was summoned to appear before the Un-American Activities Committee and gave names to protect his friends and family. His first wife was Helen Beverly (m.1849-div.1952). They had two children. He then married Mary Hirsh in 1957. They had two children and remained married until his death. Cobb died of a heart attack in Los Angeles, California on the 11 February 1976.