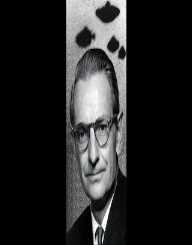 Laurance Rockefeller pushed the conservationist agenda in the United States through the formation of the Outdoor Recreation Resources Review Commission and the American Conservation Association. Rockefeller was awarded many awards due to his exceptional service to America. In 1991, Rockefeller won a Congressional Gold Medal. Rockefeller died in 2004, in New York.

Laurance Rockefeller was born into a wealthy family. He was born May 26, 1910, in New York. Laurance's parents, John. D Rockerfeller Jr and Abigail Aldrich Rockefeller were philanthropists. They had six children, and Laurance was the fourth born. His elder sister was called Abby while his brothers were John III, Nelson, Winthrop, and David.

Laurance Rockefeller's family adored nature; they made frequent visits to National Parks. The visits to nature parks developed a strong love for nature in Laurance. He formed a bond with Horace Albright, Yellowstone's Park Superintendent, which even increased his desire for environment conservation. Laurance felt obliged to conserve the environment, and the hope remained all through his life.

Laurance Rockefeller attended the Progressive Lincoln School, a prestigious school, in Morningside Heights. The school, founded by John Dewey, was one of its kind as it advocated for practical skills and had a policy "Learn by Doing."

In 1929, Laurance Rockefeller joined Princeton University from where he graduated in 1932. Laurance later entered Harvard Law School but dropped out after two years after realizing that he had no interest in Law.

In 1935, Laurance Rockefeller started working in the family office in Rockefeller Center. Laurance pursued several careers in his lifetime. The office environment allowed him to learn the ropes business world and learned about various Rockefeller philanthropic activities, conservation projects, and commercial interests.

In 1937 Laurance Rockefeller's grandfather passed away. Laurance was privileged to take up the grandfather's position on the New York Stock Exchange. Laurance was also a founding trustee of the Rockefeller Brothers Fund for forty-two consecutive years (1940-1982) serving both as the president and chairman at different times. He served longer than anyone else in the Fund's history.

In 1967, Laurance Rockefeller was a founding trustee of the Rockefeller Family Fund which ran through to 1977.

In 1946, Laurance Rockefeller pioneered venture capital which started off as a partnership of five brothers and their sister which was very successful. It transformed into the Venrock Associates which funded the initial money of Intel and Apple computer and many other start-ups in technology and healthcare world.

Laurance Rockefeller expanded his investment base over time into electronics optics, aerospace, composite materials, lasers, nuclear power, data processing, instrumentation, thermionics and high-temperature physics. Laurance helped in the establishment of Eastern Airlines which was one of the most successful airlines in the World War 2 era. Laurance Rockefeller became his most significant shareholder and was also very useful in funding post-World War 2 contractor McDonnell Aircraft Corp

Laurance Rockefeller, in conjunction with family members, has vital institutions that they partnered with for their philanthropic goals. These institutions include Museum of Modern Art, Memorial Sloan-Kettering Cancer Centre, and Rockefeller University.

Laurance Rockefeller was appointed by his longtime friend, De Witt Wallace, as an outside director in Reader's Digest. Laurance wanted to ensure that it supports National Parks which was a major interest for Laurance.

Laurance Rockefeller opened resort management company, Rockresorts, that informed his opening of environmentally friendly hotels in Caneel Bay on Saint John, Virgin Islands. Some of his properties were later converted into game parks including Virgin Islands National Park in Puerto Rico. The magnificent Mauna Kea Beach Hotel was started in 1965 on the Kohala Coast in Hawaii.

While on his sailing escapade in Virgin Gorda, Laurance Rockefeller saw an idyllic half-mile crescent bay which he named "wilderness beach." Laurance did not waste time and went straight into the land acquisition process. In 1958 Little Dix Bay resort was opened in 1964. Over the years, the resort has performed well, and the Little Dix Bay commemorated its 50th anniversary.

In 1993, this magnificent resort became part of Rosewood Hotels and Resort but remained the best escape from the ordinary with beautiful landscape and natural environment, just like Rockefeller had envisioned it.

Laurance Rockefeller's most significant achievement was the conservation efforts he put in place.  Laurance fearlessly addressed the conservationism issue and served as the chairman of the Outdoor Recreation Resources Review Commission. Laurance went on to establish the American Conservation Association which actively spread awareness on the need for environmental conservation.

Laurance Rockefeller founded several non-profit organisations to help the need as well as conserve the environment. Rockefeller has worked with several institutions to spread his philanthropic deeds. The institutions include:

In 1983, Laurance Rockefeller donated the primary funds to establish The Minor Theatre Limited, a New York-based theatre company founded by Sabra Jones. The theatre is famous for producing the 1983 Broadway play "Alice in Wonderland" at the Virginia Theatre and many other plays.

Laurance Rockefeller was honored with the National Institute of Social Sciences' Gold Medal for his excellent services and commitment to serving humanity in 1959. Ten years later, Laurance was awarded the Alfred P. Sloan, Jr. Memorial Award by the American Cancer Society for his selfless work in Cancer treatment.

In 1971, Laurance Rockefeller was named the honorary Commander of the Most Excellent Order of the British Empire. Twenty years later, Rockefeller received a Congressional Gold Medal.

In 2003, Laurance Rockefeller was awarded honorary citizenship of the British Virgin Islands in recognition of his many contributions to the area. He became the first person to get such an honor.

Laurance Rockefeller married his childhood friend, Mary French, in August 1934. They have been blessed with four children; Larry, Laura, Lucy, and Marion.

Laurance Rockefeller suffered from pulmonary fibrosis, and he succumbed to it on July 11, 2004. Laurance died peacefully at his home in New York, the United States aged 94 years. He was buried next to his wife at the Rockefeller Family Cemetery in Sleepy Hollow, Westchester County, New York.