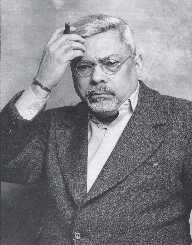 Guillermo Cabrera Infante was born in Gibara, Cuba on April 22, 1929. He had another sibling called Alberto. He relocated with his parent to the capital Havana in his teenage years. Growing up in a poor family, Infante dreamed of being a medical doctor. Unable to pay for his school fees, Infante trained himself. He later abandoned his quest of medicine for journalism.

He gradually became a critic of the Cuban President Fulgencio Batista. He joined other young Cubans in joining the Communist Party. He got work as proofreader and editor at a local newspaper. Eventually, he started a local journal called New Generation, with other young journalists. In 1950 he joined the University of Havana to study Journalism. He was fined and briefly jailed for writing an inflammatory journal in the New Generation newspaper in 1952.

After the regime of Batista fell under the Fidel Castro-led Cuban revolution, Infante founded The Monday Revolution. He became the founding owner and editor of the weekly magazine. Growing weary of its influence, Castro closed the publication of the magazine. Infante got a diplomatic post. He was chosen as the Cultural Attaché to the Cuban Embassy in Brussels, Belgium.

Displeased by the Havana policies on press freedom, Infante left the diplomatic post in Brussels in 1965. He increasingly became a critic of Fidel Castro’s government. He graced his mother’s burial and left for Madrid in 1965. Unable to return to Havana, Infante stayed in Spain. In 1966 he settled as a political refugee in London, England. He later became a naturalized British citizen.

Infante published his maiden work in 1960. He compiled the collection of short stories under the title In Peace as in War. In 1963 Infante released a film script titled A Twentieth Century Job. He released his most commercially successful publication in 1967. The book titled Three Sad Tigers serializes the old Cuban social lifestyle among the youth. In 1979 he wrote the novel Infante’s Inferno. In 1985 he published another well-acclaimed novel Holy smoke. In the novel, Infante delves in the history and impact of the tobacco industry in the Cuban culture.

Though he pegged his work on fiction, Infante did depict the normal pre-Castro Cuban life in most of his novels. Infante also wrote about politics in his essays and other newspaper columns. He earned the title of a pariah within the Cuban government circles. Some of the essays include My Cuba written in 1992.

As a film critic, Infante wrote several scripts including the 1971 film Vanishing Point, and The Lost City produced in 2005. He later did a Spanish translated film adaptation of the English novel Under the Volcano, originally written by Malcolm Lowry.

Bilingual, Infante translated literature from English to Spanish and vice versa. Some of his translations included the 1995 publication Guilty of Dancing the Chachacha. He translated this collection of short stories from Spanish to English.

In his literary career, Infante wrote and published over 20 manuscripts, essays, and novels. Some of his work remained unpublished at the time of his death. They were posthumously published under his name.

In 1966 Infante received the Premio Biblioteca Breve Award for his work on his unpublished book Three Sad Tigers. He was honored with the Miguel de Cervantes Prize by the Spanish authorities in 1997. He received the prize from the Spanish King Juan Carlos. He got this highest and prestigious royal recognition for his work in promoting Spanish language literature.

Infante married twice in his lifetime. In 1953 he married Marta Calvo. He divorced his wife in 1961 having fathered two children with her. The two daughters were Anna and Carola.

In 1961 he remarried film actress Miriam Gomez. He stayed with her until his death. They had no children from their union.

He died on the month of February 21, 2005, in the city of London, England. His cause of death was given as Septicemia, a medical condition that forces the body to reject its own body tissues while undergoing medical treatment. He was buried in England.

Guillermo Infante was considered part of the renaissance of the young progressive Cuban and Latin American writers. He used his work to critic the political events in his home country. He also used the work to mirror the society, exposing the evils within it.

In a political environment that stifled freedom of expression, Infante lost his clout and his work became contraband evidence in his native Cuba.