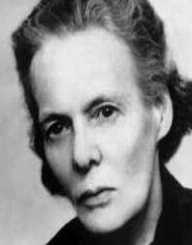 Hilda Doolittle was born 10th September 1886, to Charles and Helen Doolittle. She was born in Bethlehem, Pennsylvania, in the United States. Doolittle had five brothers, and her father was a professor of astronomy, teaching at the university.

Doolittle studied at Friends’ Central High School in Philadelphia, and she graduated in 1905. During her time at high school, she became friends with Ezra Pound, who would go on to become a world-renowned poet.

After high school, Doolittle enrolled at Bryn Mawr College, but she only lasted three terms due to the poor grades she was getting.

In 1907, Hilda Doolittle became engaged to Pound, much to the disapproval of her father. Pound left for Europe in 1908, by which time the engagement had ended. Doolittle then had a relationship with a female student, Frances Gregg. She went to Europe in 1911 with Gregg and Gregg’s mother, but soon after arriving in Europe, left Gregg to concentrate on her writing career.

She had a relationship with another writer, Brigit Patmore, which was short-lived, and Patmore then introduced her to Richard Aldington, a poet. From 1909 to 1913, Doolittle first published stories that she had written for children in a local church paper.

Hilda Doolittle met up with Pound in England. Pound was already starting to make his mark and had joined the local poet’s scene in Soho. He loved the poetry Doolittle was writing, and they started the Imagist movement.

In 1915, she and Aldington established the Poets’ Translation Series. Doolittle translated Greek and Latin works for the next several years.

Hilda Doolittle married Aldington in 1913, but he enlisted in the army when World War I broke. They grew apart during the war years, each taking other partners. Doolittle moved in with Cecil Gray, a composer. The relationship soon waned, and Gray moved back to the city, leaving a pregnant Doolittle behind.

Aldington returned from active service, but he was suffering from what would become later known as post-traumatic stress disorder. They tried to patch up their relationship, but it didn’t work, and they separated, eventually divorcing in 1938. The couple did though, remain friends throughout their lives.

Towards the end of the war, Hilda Doolittle met Annie Winifred Ellerman. Ellerman was a wealthy novelist, and the pair lived together until 1946. Although they both had other partners at different times, they stayed a couple for the remainder of Doolittle’s life.

All the while, Doolittle maintained her writing, not only poetry but novels as well. Her first set of novels was Magna Graecia. The first book was Palimpsest in 1926, followed by Hedylus in 1928.

Ellerman had divorced her first husband and married Doolittle’s partner, Kenneth Macpherson. The couple adopted Doolittle’s daughter and traveled together with Doolittle throughout this time.

A magazine was set up, followed by an independent cinema group, thanks to Ellerman’s inheritance. Ellerman ran them with Macpherson, with significant contributions from Doolittle.

During World War II, Hilda Doolittle stayed in London. She penned her childhood memoir during this period, called, The Gift. The book wasn’t published until 1960. In 1946, Doolittle moved to Switzerland. She had a mental breakdown soon after and then spent several months convalescing in a clinic.

During the 1950s, Doolittle made several journeys to America, but her main place of residence would be Switzerland. She continued to write through the 1950s, including a book on the relationship she had with Pound. Doolittle also wrote a lot of poetry during this same period.

Doolittle had more than 15 works of poetry published during her career, including, Translations (1920), Red Roses for Bronze (1932), and Trilogy (1946). She also had over 15 books published. In July 1961, Doolittle had a stroke, and she died two months later.

In 1960, Hilda Doolittle was awarded a medal by the American Academy of Arts and Letters.