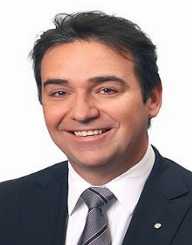 Don Dunstan was a South Australian politician who was particularly interested in social equality. Dunstan was born on 21st September 1926 and initiated numerous reforms on human rights. He is credited with the legalisation of homosexuality in South Australia. Besides serving as premier, he also became the 38th Attorney General of Australia.

Don Dunstan was born in Suva, Fiji but the cold weather seemed to affect his health. Therefore, he moved to South Australia. Don did exemplary well in academics. It was while he was at the University of Adelaide pursuing Law and Arts that he gained interest in politics. At the university, he was actively involved in debates and was a member of societal, political clubs. Debates prepared him for his upcoming political career.

Don Dunstan's career journey started in 1953 when he was elected Member of Parliament for Norwood at the age of 26. His strategy to win over his opponent Roy Moir was well calculated. He crowd-sourced the negative remarks his opponent had uttered against the large population of Italian foreigners. That alone earned him public confidence, and they preferred him to his opponent

He rose like a flaming furnace and became a forceful debater. Despite being in a political period where any opinion opposing the hierarchy was kept to oneself, he rose against social injustice.Don Dunstan was once thrown out of the parliament chambers after he made a ubiquitous statement against the Government Electoral Bill which he refused to retract.

Don Dunstan accused those supporting the bill as being as immoral as the law was and that they were egocentric. That confrontation headlined the newspapers which also happened to be his first time on first pages of the paper.
In 1958 Don Dunstan was at the frontline at advocating for the acquittal of Max Stuart. Stuart had been found guilty of rape and murder of a minor which would culminate in capital punishment.

Several appeals to the high court and Supreme were fruitless. Therefore, Don Dunstan introduced a bill to put to an end capital punishment. However, the bill failed, and Stuart was said to be as guilty as before. The controversy underlying the Max Stuart case raised questions about the current government administration but at the same time increasing Dunstan’s popularity.

Don Dunstan advocated for increased budgetary allocation in the education docket, arts, and health. In 1962 Dunstan was appointed Attorney General, and at the same time, he was minister for community welfare and Aboriginal affairs.

Later, in 1968, Don Dunstan vied for the Labor presidency. Unfortunately, he did not win; the research conducted portrayed 84% votes in support for Dunstan. On April 1968, members of the new house cast a vote of no confidence in Dunstan as premier. He therefore resigned, and Steele Hall replaced him.

During the Don Dunstan decade in office, several significant changes were visible especially in the fields of education, health, and arts. He employed an upbeat style to ensure term security by appointing ministers who were loyal to his administration. He was a bit lenient, and his cabinet members slacked at work to some extent. Dunstan decade in office brought about clean water for consumption, safe rides in public transport as it was mandatory to tie a safety belt while in transit. Suppression was also eased up. Workers compensated according to the value of work done.

Don Dunstan had been advocating for the legalisation of male homosexuality which was made into law in 1976.Dunstan was appointed the president of the state labour party in the year 1960. He was named the editor of the POL magazine from May 1980 to the beginning of 1981. At the state of Victoria, he was honoured with the position of the administrator of Tourism in 1982. In the same year, he served as the president of the Freedom from Hunger campaign until 1987.

Don Dunstan also served as the principal of Movement for Democracy.Also, he was the national chair of Community Aid Abroad. In 1962 Dunstan was appointed Attorney General. In the same year, he was minister for community welfare and Aboriginal affairs. Dunstan was at the forefront of championing for removal of White Australian Policy which guided on immigration issues.He was very instrumental and acclaimed for his contribution to the creative and cultural values of South Australia.In 1975 'The Women’s Day Magazine' crowned him the sexiest politician in Australia.

In 1988 Don Dunstan donated a collection of books from his library. These included files affiliated with his political, personal life and souvenirs which he gave to Flinders University Library. Moreover, there were some professional audiovisual materials, press releases, and photographs for his philanthropic contributions. He founded the Don Dunstan Foundation shortly before his death, whose aim was to promote social justice. It dealt with human right issues like fair pay for workers.

Don Dunstan tied a knot with his campus girlfriend, Gretel Dunstan in the year 1949.They sired three children. However, in1972 their marriage became intolerable, and they grew apart and finalised divorce in 1974. Dunstan once mentioned that was his most depressing time and he mostly felt desolate. He received support from friends and triumphantly sailed through.

In 1974 Dunstan developed an interest in his assistant Adele Koh with whom they dated and were married in 1976. However, Adele Koh succumbed to lung cancer, and she died in October 1978. Dunstan was devastated as he had unreserved affection for Adele. Sources always had it that Dunstan was bisexual. Dunstan began dating Stephen Cheng who became his life partner until his death. Cheng nursed Dunstan in his final stages of advanced throat cancer. Dunstan bestowed their home permanently to Cheng.

Don Dunstan was ill from time to time. In fact, his opponents once said that Labor party was as sick as its leader. He once collapsed while on a parliament seating. Dunstan declared his resignation on the 15th of February, 1979 from Calvary hospital dressed in pajamas. Dunstan was diagnosed with throat cancer in 1993 and gave way on 6th February 1999. His memorial service was held three days after his death and attended by prominent people in the Australian government. This ceremony was a live broadcast.

Don Dunstan foundation was put up to honour Dunstan. The foundation aim was to promote social justice in the country. Dunstan’s Playhouse is a theatre which honours his memo or. The Norwood parliamentary seat which was Dunstan’s entrance point to politics was renamed in Dunstan honour in 2012. It was effected in 2014 elections.

Renowned scholars also gleaned his political image. Bob Hawke who served as president of the labour party commented on how much he adored Dunstan as compared to any other politician of his era. A previous prime minister was quoted saying that no one has so far put as much effort as Dunstan in radically changing the society and its attitude.