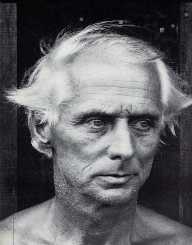 Max Ernst was born on April 2, 1891, in Bruhl, Cologne and is the third of nine children. Max Ernst was born to Philip Ernst and Luise Ernst. His dad was an amateur painter and also a teacher of the deaf. So for Max Ernst to later become an astute painter, it is understandable because he picked the skills from his father. Max Ernst was inspired to move on with a painting by his father, and since then the world of arts was changed. Max Ernst studied art history, philosophy, psychology and psychiatric at the University of Bonn.

As a psychology and psychiatric student, Max Ernst frequented the asylums where he picked some inspirations for his later artwork. Some of his early painting works were sketches of the garden of the Bruhl castle where Max Ernst had been visiting for long and also portraits of himself and that of his favorite sister. With his aggravating passion for artwork, he joined Die RheinischeExpressionistengroup of artists after meeting August Mack in 1911. Exploring various avenues to better his works, he was a patron at various exhibitions and his visit to the Sounderbund exhibition in Cologne in 1912, had a great impact on his works forever. There Max Ernst came into contact with the paintings of Pablo Picasso, Vincent van Gogh and Paul Gauguin who were all great painters in their own rights. That year he was able to exhibit some of his early paintings at the Galerie Feldman in Cologne and further in group exhibitions in 1913.

Max Ernst art career was curtailed due to the World War I by serving in both the Western and Eastern front in the war. Ernst would later in his biography express the irreparable effects the war had on his life. After the war, he bounced back into painting but was later tasked to chart maps which didn’t have any negative effect on his work. After living in France for some time, Ernst returned toCologne in 1918 highly discouraged. Max Ernst later traveled to Munich in 1919 to meet his friend Paul Klee and had some painting lessons with Giorgio de Chirico. That year Max Ernst made his first collages with inspirations picked from is a study of mail-order catalogs, de Chirico and other sources.

Max Ernst who saw the need to work with other to produce good work and also inspire each partnered other colleagues likes Johannes Theodor Baargeld to form the Cologne Dada group in 1919. The group came out with publications like Der Storm and die schammade as well as organized exhibitions of their paintings. In 1921, Max Ernst made friends with Paul Eluard, a friendship which lasted his entire life. During their initial meeting, Eluard purchased some of Max Ernst paintings and other works for his poetry collection Repetitions. The two after a year worked together with Andre Breton on Les malheaurs de immortals. Max Ernst and Eluards worked together for a while but to illegally travel to France because of a shortage of papers for artworks.

Max Ernst lived with Eluards and his wife in Saint-Brice, Paris where they engaged in a meneage a trios. Whiles, there he worked on several paintings and exhibited at the Salon des Independents in 1923. In 1924 he left Paris for Monaco then to Saigon, Vietnam and was later joined by his family. To be able to take care of his family, he sold paintings works and at a time moved to Dusseldorf to sell some painting works to Johanna Ey who ran the gallery Das Junge Rheinland

Max Ernst would later return to Paris in 1924 where he signed a contract as a full-time painter with JacquesViot. Max Ernst went on to establish his own studio at 22, rue Tourlaque in 1925. He several practices, Max Ernst, was able to come out with the frottage technique in which he used pencil rubbings of objects as a source of images. Max Ernst also came out with the grattage techniques which Max Ernst used in his famous Forest and Dove painting. Other techniques like decalcomania were later discovered and explored. Max Ernst did several works at the time but his painting, The Virgin Chastises the infant Jesus before Three Witnesses: André Breton, Paul Éluard, and the Painter in 1926 generated lots of controversies. Max Ernst tested his acting skills in the film L’Age d’Or in 1930. And later in 1934 went into sculptures. Peggy Guggenheim in 1938 became one of the Ernst sculpture buyers for her gallery in London but would later become his fourth wife.

During the Second World War, Max Ernst found his arrested when he illegally traveled to Paris and was put in Camp des Mile. Upon the intervention of his friend Paul Eluard and other friends, he was released but was rearrested by Gestapo during the German occupation of France. Max Ernst was, however, able to escape to America with the help of Guggenheim. In America, he worked with others to develop Abstract expressionism. Max Ernst married Dorothea Tanning in 1946 who would be his last wife and lived in Sedona, Arizona. The couple did several paintings together.

Max Ernst once again married Peggy Guggenheim, an American heiress and art collector in 1942. Their relationship just lasted for four years. His long list of marriage continued when Max Ernst married Dorothea Margaret Tanning, a painter, writer, poet, and sculptor in 1947. This time the marriage lasted until Ernst death. Max Ernst died at age 84 on April 1, 1976, in Paris.

Max Ernst was recognized for his contributions to the artworks with some honors. He was awarded the Grand Prize for Painting by Venice Biennale, in 1954. A retrospective of his works was organized in 1975 by Solomon R. Guggenheim Museum. It was also extended to the Musee National d’Art Moderne, Paris.