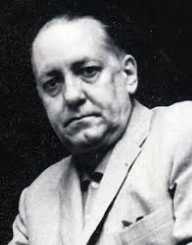 Alejo Carpentier was a Cuban journalist, essayist, novelist, and musicologist.

Alejo Carpentier Valmont was born in the city of Lausanne, Switzerland, on December 26, 1904. His father, Jorge Julian Carpentier, was an architect of French origins. His mother, Lina Valmont, was a teacher of Russian roots.

Soon after his birth, his family moved to Havana, Cuba. When he was eight years old, they moved to Paris, France. There, he studied at the Lycee Jeanson de Sally. They later returned to Cuba, and he briefly attended the School of Architecture at the University of Havana.

In the early 1920s, Alejo Carpentier became a cultural journalist. He wrote articles and columns for magazines such as Cartels, Social, The Discussion, and The Cuba Herald. He wrote the text for the Afro-Cuban ballets, The Miracle of Anaquille and Rebambaramba. In 1927, he co-founded the radical journal Advance Magazine. He was soon arrested for opposing the regime of Gerardo Machado. After spending 40 days in jail, he escaped to France.

In Paris, Carpentier contributed to magazines such as Documents and The Parisian Journal. He wrote the short stories History of Moons and Notebooks from the South. He worked on the play The Life of Christopher Columbus and the documentary Voodoo. In 1933, he published his first novel, titled Praised Be the Lord. The book explored African culture in Cuba.

In 1939, Alejo Carpentier moved back to Cuba. He joined the Cuba National Music Conservatory and edited the journal New Time. In 1945, he was exiled to Caracas, Venezuela. In 1946, he published a book on the history of Cuban music.

In 1949, he published his second novel, titled The Kingdom of This World. The book told the story of the Haitian Revolution. He wrote two more novels, titled The Lost Steps and The Chase. He also published the short story War of Time.

In 1959, Alejo Carpentier returned to Cuba following Castro’s revolution. He became a professor at the University of Havana and the head of the National Editorial. In 1962, he published Explosion in a Church, a novel about the French Revolution.

In 1966, he moved back to Paris as an ambassador of Cuba. In 1974, he wrote Reasons of State, a novel about a Caribbean dictator who is obsessed with French culture. He published several more books, including Baroque Concert, The Harp and the Shadow, and The Rite of Spring.

Alejo Carpentier first wife was a Swiss woman. She died of tuberculosis. He then married a French woman named Eva Frejaville. The marriage ended in divorce in 1939. In 1941, Alejo Carpentier married Lilia Esteban Hierro, a rich Cuban heiress.

Alejo Carpentier passed away in Paris on April 24, 1980. He was 75 years old. His body was buried at the Colon Cemetery in Havana.