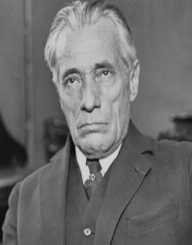 Henri Desgrange is well-remembered as a French cyclist who popularized the sport in the course of his life. Aside from cycling, he also worked in the publishing industry of which he helped save from running out of business.

He was married and had a daughter but there is little to no information regarding them. Desgrange spent a great portion of his life with Jeanne Daley, an avant-garde artist, but the two were never married.

Henri Desgrange is born in Paris, France on January 31, 1865, to a middle-class family. He has a twin brother named Georges who was described as "totally devoid of all emotion" in contrast to Henri's exuberant self. He developed an interest in cycling at an early age but despite being born into a prosperous middle-class family, he still needed funds to pursue his passion.

As a way to make finances, Desgrange started working as a clerk in a law firm at Depeux-Dumesnil's office. Word passed around that he had to leave the office when a client once saw him cycling on the way to work with his calves exposed in public. At the time, people were very conservative about their appearances and thus he was asked to stop cycling or to leave the office of which he took the latter decision.

Free from the constraints of clerical office, Desgrange pursued his cycling career. He witnessed his first professional cycling race in 1891. Extremely moved by the event, he convinced the owner of the burlesque theater to invest some of his profits to a cycling arena called a velodrome. At this very velodrome in 1893, he set the world record for the first one-hour cycling covering a distance of 21.9 miles. Following this event, he turned to write where he authored manuals and other topics that involve the sport such as the 1894 release of La Tte et les Jambes (The Head and The Legs) of which expressed his thoughts on cycling. A few years later, he was appointed as the program director of the Parc des Princes Velodrome in 1897 as well as Velodrome d'Hiver's director much later.

Due to his enthusiasm at the sport, he somewhat landed in the journalism industry as the sports editor in Le Velo, a sports publication. However, the said publication clashed with the general public for a controversial topic and hence lost their financial backing. The previous financers of the publication formed their own and named it L'Auto of which they appointed Desgrange as its editor-in-chief.

Despite the L'Auto having its financers, the publication stood on very wobbly legs all on its own and Desgrange had to find a way to save it from bankruptcy. Thankfully, he turned to his biking passion and thought up of a cycling event sponsored by the publication. This event was then called as the "greatest cycling trial in the world" starting from Paris then to Lyon going to Marseille to Toulouse to Bordeaux to Nantes and finally circling back to Paris. This event came to be known as Tour de France and it boosted L'Auto's sales prominently.

The race will approximately take 5 weeks starting from May 31 to July 5, 1903, with an entrance fee of 20 francs. However, the race was shortened to July 1 to July 19 with a prize amounting to 20,000 francs. Desgrange feared that it will take too long and may not be possible but his quick decision led to an additional 60 entries in contrast to the first 15 people who signed up.

The event was a success with approximately 20,000 people who came in attendance but he was not present at the event himself for fear that it will flop. In his stead, George Lefvre took charge of the event.

Desgrange's final attendance to the Tour de France was the 1936 event with his health in very poor condition. He was scheduled for two operations for his prostate but he managed to follow the first day of the race where he laid in a cushioned car before he gave up the idea and took rest at home. For years later, he died in his home at the Mediterranean Coast on April 16, 1940.