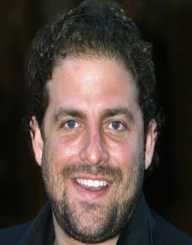 Brett Ratner graduated from Miami Beach Senior High School in 1986. Ratner then enrolled at New York University and graduated in 1990.

Brett Ratner was inspired to get  involved in the film industry by the film Raging Bull (1980). Growing up he was also exposed to the series Miami Vice being filmed around his hometown. Ratner was also an extra on the set of Scarface (1983). Ratner began his career as a director of 1990s music videos. His first full-length film was Money Talks (1997).

Other films include Rush Hour (1998) with Jackie Chan and Chris Tucker which was a box office success. Brett Ratner also directed The Family Man (2000) starring Nicholas Cage, Rush Hour 2 (2001) and Lecter (2002), The Last Stand (2006) and Rush Hour 3 (2007). Ratner was director and executive producer on the television series CHAOS and directed Tower Heist with Eddie Murphy.

Brett Ratner is a co-founder of RatPac Entertainment.

Brett Ratner has a star on the Hollywood Walk of Fame which he received in January 2017.

Towards the end of 2017, Ratner was accused of rape, and a further six women came forward to complain of sexual harassment