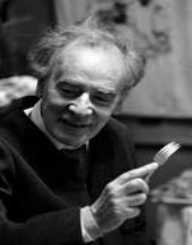 Lyova “Lev” Davidovic Landau was born on 22 January 1908, in Baku, Russia (now Azerbaijan). Lev Landau had an older sister Sophia, both born to parents David Lvovich Landau and Lyubov Veniaminovna Harkavi. Their father David was a petroleum engineer, while mother Lyubov worked as a physician Lev Landau s father taught him mathematics at home, while she learned French and German from his mother. In 1916, Lev went to a Jewish High School that was newly opened, graduating in 1920 at the age of thirteen.

Lev Landau was sent to study at  Baku Economical Technical School in 1921, as his parents thought he was too young to start university. The next year, he studied Physics and Mathematics concurrently with Chemistry at the Baku State University. He only did Chemistry for a short while, dropping the subject in favor of Physics and Mathematics. In 1924, Lev Landau moved to Leningrad State University. He graduated at the age of nineteen from the  Physical Department of Leningrad University in 1927. In the previous year, Lev had published his first work: On the Theory of the Spectra of Diatomic Molecules. As a postgraduate student at Leningrad Physical-Technical Institute, he published his second work in 1928, The Problem of Damping in Wave Mechanics was on quantum theory.

Lev Landau returned to Leningrad Physical-Technical Institute in 1931; he was made the head of the Theoretical Department of the Ukrainian Physical-Technical Institute at Kharkov in 1932. While there, Lev founded the tradition of Landau School, making the department popular with theoretical physics. Lev Landau and his Ph. D. student Evgenii Mikhailovich started writing Course of Theoretical Physics in 1933. In 1935 he was made a professor, but quickly moved on when he was investigated for UPI affair during the era of The Great Purge.

Lev Landau managed to escape Leningrad, and moved to Moscow in 1937, accepting a position as head of the Theoretical Department of the Institute for Physical Problems of the Academy of Sciences of the U.S.S.R. But he was soon rearrested on April 28, 938, where he was taken to Lubyanka prison for comparing Stalin’s dictatorship with Hitler’s. His Russian friends, particularly Peter Kapitza had appealed to Stalin for his release, vouching for his good behavior.

Lev Landau was released and returned to the Institute in 1939, the same year he discovered a new excitation called roton when trying to explain superfluidity using sound waves. Lev was part of the team that calculated the dynamics of Soviet’s first thermonuclear bomb around 1940. After that, he focused on the theory of quantum liquids of the “Bose Type” and “Fermi Type.”

Lev Landau’s work gave the world the terminologies: Landau Distribution, Landau Pole in quantum electrodynamics, Landau Gauge, and Landau Damping in plasma physics. The terms are mainly used to explain a quantum mechanical theory of diamagnetism. He also had Landau equation for S Matrix singularities. Lev Landau famous Theoretical Minimum exam was developed during his time in Kharkov, during 1934 to 1961, only forty- three candidates managed to pass it. Those who passed the exam was allowed into Landau’s School, and participate in his seminars.

Lev Landau received the Stalin Prize in 1949 for his work in thermonuclear, and again in 1953. Lev was given the title Hero of Socialist Labour in 1954. In 1962, Lev won the Nobel Prize in Physics for his theory of superfluidity, but he failed to accept it in person as he was in a coma. The same year, jointly with E.M. Lifshitz, he was awarded, the Lenin Science Prize the work on Course of Theoretical Physics.

Lev Landau met his wife Konkordiya “Kora” Drobantseva; they had a civil marriage in 1935. When their son Igor was born, Lev and Kora had a formal wedding in 1946. Lev Landau was a victim of a slippery road on 7 January 1962, he had lost control of his car and hit a truck. Lev suffered serious injuries, while others escaped with cuts and bruises. He was put into a coma for six weeks but managed to recover physically.

Lev Landau died on 1 April 1968, when he was having surgery to free an intestinal blockage, a complication from the accident. Lev Landau was sixty years old when he died. He was buried at the Novodevichy cemetery.