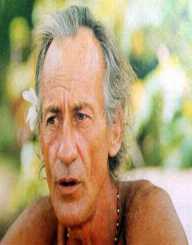 A Life Of Sailing

Bernard Moitessier grew up in Vietnam near the sea but left at the beginning of the Vietnam War. He became a crew member of sailing trade junks. In 1952, he purchased an old junk called the Marie-Therese while he was in Indonesia, with the aim of sailing to France. During the first leg of his trip which was to Seychelles, he had to dive underneath the boat while it was in the middle of the ocean, to stop it leaking. He didn’t have the modern navigational equipment and ended up running aground on Diego Garcia. Diego Garcia was a military restricted area at the time, so Moitessier was deported to Mauritius. He stayed in Mauritius for three years, working, and during this period built himself a boat.

Bernard Moitessier left Mauritius, sailing for the West Indies. He passed through South Africa and St. Helena, but once again became shipwrecked, this time due to exhaustion. He had friends that picked him up and took him back to Trinidad. He decided to go back to France, where he thought he could earn himself enough money to build a decent boat. Moitessier got work on a cargo ship which eventually landed him back in France. He wrote a book about his experience, called, Vagabond des Mers du Sud, and used the proceeds of the sales, to get a 39-foot boat built. He named the boat, Joshua, in honor of the first person who sailed solo around the world.

During this period, Bernard Moitessier moved to the south of France and married Francoise. She was going to sail around the world with him. Francoise had three children, who they put into boarding schools, and they took off from Marseille in October 1963 on their adventure. They cruised through ports such as Casablanca, the Canary Islands, Trinidad and Panama Canal, but realized they only had eight months to get back home for the children. Rather than go the route they had originally planned, Moitessier took the quickest route, which got them back into France in 1966. They didn’t realize until they got back, but they had completed the longest non-stop passage by a yacht in history. The distance was 14,216 nautical miles, traveled over 126 days. The yachting community throughout the world took notice, and Moitessier became famous overnight. Bernard Moitessier was then encouraged by friends to enter a race that traveled the world. He reluctantly entered but never finished. He took up yoga while he was at sea to help overcome his depression.

Bernard Moitessier still completed a trip around the world, and in June 1969, he sailed into Tahiti, having had enough of sailing for a while. Moitessier wrote another book about this journey, called The Long Way. It took him two years to complete the book, and during this period he met Ileana Draghici, with whom he had a son, Stephan. Draghici encouraged Moitessier to move to the US where he could make movies about his sailing, but after two years, he set sail again. Joshua, along with 22 other yachts, was beached by a storm at Cabo San Lucas towards the end of 1982. Moitessier gave the boat to a couple of local youths who had the energy to repair the boat and make it seaworthy again.

Bernard Moitessier continued to travel, and eventually returned to Paris to write his autobiography. He also became an environmental activist and protested against nuclear weapons in the South Pacific. He wrote around ten books, which were also translated into English.

Bernard Moitessier married Francoise de Cazalet in 1961. She was the daughter of some family friends.

After not returning to Europe when he had completed his second round-the-world voyage, Moitessier had a relationship with Ileana Draghici, with whom he had a son.