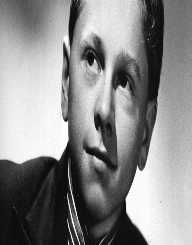 Mickey Rooney was a bright star on the big screen.  Even though he started performing at a very young age, Mickey Rooney made many roles in his decades-long career.

Mickey Rooney was born on September 23, 1920, in Brooklyn, New York.  His name at birth was Joe Yule, Jr.  Mickey Rooney had an early start to his performance career as his parents were also vaudeville actors.

They included him in some of their routines as early as fourteen months old.  Rooney's parents separated when Mickey Rooney was four years old, and his mother moved him to Hollywood.

Mickey Rooney attended Hollywood Professional School.  During that time, he made money as a paperboy.

Mickey Rooney appeared on stage as a toddler crawling around in overalls with a little harmonica.  When Mickey Rooney was seven, Mickey Rooney had a role in the 1927 silent film called Orchids and Ermine.

Rooney's career took off after the release of A Family Affair in 1937.  Rooney played the all-American teenager, Andy Hardy.  Mickey Rooney went on to portray that character in almost 20 films and won a special Academy Award for juvenile actors in 1938.

The miniature statue was his first award.  Other notable films from that time in his career included Boys Town and Babes in Arms.  It was in Babes in Arms and Girl Crazy that Mickey Rooney was paired with leading lady Judy Garland.  In 1944 he worked with Elizabeth Taylor in National Velvet.

After Mickey Rooney served overseas and entertained the troops during World War II, Mickey Rooney returned to acting, but those roles in musicals as well as drama were not as successful as his previous films.

It was about that time that he moved his career to the growing popularity of television.  The Mickey Rooney Show only lasted a year between 1954 and 1955, so Mickey Rooney continued with appearances and smaller roles.  His part in the war drama The Bold and the Brave proved that he was more than just an all-American boy or musical actor.

In 1961 Mickey Rooney played the Japanese neighbor to Audrey Hepburn's character in Breakfast at Tiffany's.  The next year he was the boxing trainer in Requiem for a Heavyweight.  Lead roles were not as frequent for Rooney in the 1960s and 1970s, but Mickey Rooney continued to entertain and grow.

Mickey Rooney lent his voice to animated shows such as Santa Claus is Comin' to Town. It wasn't until 1979 when Mickey Rooney was considered for an Oscar-worthy performance.  Mickey Rooney was nominated for Best Supporting Actor for his role in The Black Stallion.

By the time that The Black Stallion was in theaters, Rooney was looking to the stage.  Mickey Rooney performed in the revival of Sugar Babies on Broadway with Ann Miller as his leading lady.  They continued their roles when the show toured the country.

Mickey Rooney won his first Emmy Award for his role in the 1981television movie Bill.  Mickey Rooney portrayed a 40-year old intellectually disabled man with an IQ of 50.  Mickey Rooney also received honorary recognition by the Academy of Motion Pictures in 1982 for his 60 years in the film-making business.

Mickey Rooney was still acting late in his life.  He appeared in small roles in Night at the Museum and The Muppets.  Rooney died on April 6, 2014, at the age of 93.

Mickey Rooney married eight times.  Some marriages were brief while some started as soon as the previous divorce was finalized.  Mickey Rooney was connected to famous leading ladies including his friendship with Judy Garland.  His marriages and divorces  included:

Overall he had nine children.

By the time Mickey Rooney died, he had already declared bankruptcy and won a lawsuit against his stepson and his wife for elder abuse that included physical abuse and exploitation.

Mickey Rooney was an advocate against elder abuse.  As a victim himself, he testified to Congress and shared his story to the world.

Throughout his life, Mickey Rooney struggled with drug and alcohol abuse.  It affected his marriages and his career.   He was also addicted to gambling.