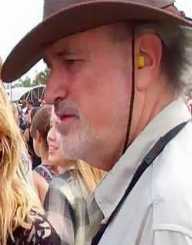 Terrence Malick is an American producer, director, writer, and philosopher.

Terrence Frederick Malick was born on November 30, 1943, in the city of Ottawa, Illinois. His father, Emil Malick, was a geologist of Lebanese origins. His mother, Irene Thompson Malick, was a homemaker. He has two brothers, named Chris and Larry.

Terrence Malick was a student at St Stephen’s Episcopal School in Texas. In 1965, he earned a bachelor’s degree in philosophy from Harvard University. He then became a Rhodes Scholar and worked on his master’s degree at Magdalen College at Oxford University. He left Oxford before graduating because of a disagreement with his advisor. In 1969, he earned a Master of Fine Arts from the AFI Conservatory.

After leaving Oxford, Terrence Malick gave philosophy lectures at the Massachusetts Institute of Technology. He also wrote articles for magazines such as Life, Newsweek, and The New Yorker.

In 1969, he directed and starred in the comedy short film Lanton Mills. He did some uncredited work on the scripts of the films Drive, He Said and Dirty Harry. He also co-wrote the films The Gravy Train and Pocket Money.

In 1973, Terrence Malick directed his first feature-length film, titled Badlands. The independent film depicted the story of a young couple on a crime spree. It earned great reviews on the New York Film Festival and was distributed by Warner Bros. In 1978, he released the romantic period drama Days of Heaven. He then stopped directing films and spent the next two decades living in France. During that time, he wrote the scripts for The Desert Rose, The Moviegoer, The English Speaker, and Sansho the Bailiff.

Malick returned to the big screen in 1998, when he released the epic war film The Thin Red Line. It was based on James Jones’s novel and starred George Clooney and Sean Penn. In 2005, he directed the historical film The New World. It depicted the founding of Jamestown and the story of Pocahontas and Captain John Smith. In 2011, he directed The Tree of Life, a drama film starring Brad Pitt and Jessica Chastain.

In 2016, Terrence Malick directed Voyage of Time, a documentary about space. In 2017, he directed a Mon Guerlain perfume commercial starring Angelina Jolie. In 2019, he directed and produced the historical drama film A Hidden Life. It depicted the life of Franz Jagerstatter, an Austrian farmer who was executed for refusing to support the Nazis.

In 1970, Terrence Malick married Jill Jakes. He divorced her in 1976 and began dating Michie Gleason. From 1985 to 1998, he was married to Michele Marie Morette. He later married Alexandra Wallace, his girlfriend from high school.