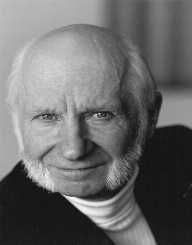 Born on December 9, 1926, Henry Way Kendall was an American physicist and Nobel Prize in Physics winner. Henry Way Kendall shared the award with Richard E. Taylor and Jerome Isaac Friedman in 1990 "for their pioneering investigations concerning deep inelastic scattering of electrons on protons and bound neutrons, which have been of essential importance for the development of the quark model in particle physics."

Henry Way Kendall was born to Evelyn Way and Henry P. Kendall on December 9, 1926, in Boston. His father was an industrialist. Growing up in Sharon, Massachusetts, Henry Way Kendall received his education at Deerfield Academy. Henry Way Kendall did not perform were in school since he was more interested in non-academic activities After graduating, Henry Way Kendall enrolled in the U.S Merchant Marine Academy in 1945, serving on the troop transport in the North Atlantic from 1945 to 1946. After leaving the academy, he enrolled at Amherst College in 1946, majoring in mathematics and graduating in 1950.

While there, Henry Way Kendall also operated a diving and marine salvage company during summer. His experience in the field made him author two books, including on shallow water diving and on underwater photography. Henry Way Kendall joined the Massachusetts Institute of Technology for his graduate research in 1950. During the period, Henry Way Kendall embarked on the experimental study of positronium and received his Ph.D. in 1955 under the supervision of Martin Deutsch. Henry Way Kendall then continued with his postdoctoral fellowship at Brookhaven National Laboratory where he spent two years.

Again in the late 1960’s to early the 1970’s Henry Way Kendall worked in collaboration with other researchers including Taylor and Freidman at the Stanford Linear Accelerator Centre (SLAC). The team experimented on scattering high-energy beams of electrons from protons and deuterons and heavier nuclei. It was already known that electrons would scatter only through low angles at lower energies and that was consistent with the fact that the nucleons had no internal structure. On the contrary, experiments done by SLAC-MIT attest that higher energy electrons could be scattered through much higher angles, with the loss of some energy.

The deep inelastic results of the scattering were the first experimental evidence proving that protons and neutrons are made up of point-like particles. This was later proven to be the up and down quarks proposed previously on theoretical grounds. This experiment also served as the first evidence of the existence of gluons. The research earned Kendall, E. Taylor, and Jerome Isaac the Nobel Prize in Physics in 1990. Aside from being a physicist, Kendall was also interested in non-academic activities including mounting climbing and photography. This interest made him embark on rock climbing the Yosemite Valley and an expedition to the Andes, Himalaya, and Antarctica.

He also photographed all these moments with a large format camera. In 1969, Henry Way Kendall along with others founded the Union of Concerned Scientist (UCS), becoming the Chairman from 1974 until his death in 1999. He served as a member of the JASON Defence Advisory Group.

Henry Way Kendall died on February 15, 1999, while diving the cave at the Edward Ball Wakulla Springs State Park in Florida. It was part of the Wakulla 2 Project. Henry Way Kendall had already by-passed two pre-dive checklists for the Cis-Lunar MK-5P Mixed Gas rebreather Henry Way Kendall was using. Forcefully he entered the spring basin without turning on the oxygen supply to his rebreather. Henry Way Kendall then lost consciousness and therefore drowned. According to an autopsy conducted on the body, a physiological issue might have led to him disregarding protocols.

Henry Way Kendall was an elected  Fellow of the American Academy of Arts and Sciences in 1982. He was inducted into the American Alpine Club’s Hall of Mountaineering Excellence on April 7, 2012. He shared the Nobel Prize in Physic with E. Taylor and Jerome Isaac in 1990.