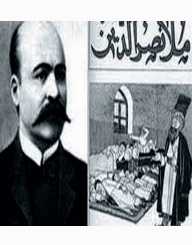 Jalil Mammadguluzadeh was born on February 22, 1866. He was a satirist and writer. He was among the first feminists in Azerbaijani. He always looked out for women and considered them equal to men. He was not only a feminist in his country but also the whole of Middle East. He was a great pillar in the foundation of the first Women’s magazine in Azerbaijani. Jalil Mammadguluzadeh wrote a lot of short stories, novels, and essays. He wrote his works in Azeri, but he was well versed with the Russian and Persian Languages. He died on January 4, 1932.

Jalil Mammadguluzadeh was born on February 22, 1866, in Nakhchivan. Jalil Mammadguluzadeh was born to Iranian parents though he is of Azeri ethnicity. He attended religious schools which were located in Nakhchivan. He also learned Russian in one of the schools that he attended. In 1886, he moved to Gori to join the Transcaucasia Teachers’ Seminary. He became and teacher and made so many people who were intellectuals and who were in the same position as him. In 1887, He graduated from the Seminary. After graduation, he went ahead to teach in Erivan Province.

Jalil Mammadguluzadeh taught in many schools in the province. In 1901, He moved to the Erivan and studied law for two years while staying there because he wanted to become a lawyer. In 1903, he moved to Tbilisi to provide medical care to his wife whose health was not good. This situation forced him to drop law school. He began writing while in Tbilisi.

In 1903, Jalil Mammadguluzadeh wrote the short story ‘The Postbox’ which was published in the Azeri publication ‘Sharqi-Rus’ in 1904. He became a columnist for the ‘Sharqi-Rus’ which provided him with an opportunity to publish fiction. This opportunity opened his doors to publishing and journalism. In 1905, Jalil Mammadguluzadeh helped in buying the Geyrat Publishing House together with friends and colleagues from ‘Sharqi-Rus.’ In 1906, He founded the literary and satire magazine ‘Molla Nasraddin.’ The magazine got its name from a scholar in the 13th Century who wrote satirical and humorous stories. The magazine contained essays, poems, and cartoons that portrayed issues arising from the present world. The magazine would comment on everyday issues that arose from the society hence it focused on political realities. The magazine was not well accepted in the Tsarist Government, and it was followed by controversies every corner.

Jalil Mammadguluzadeh has not has such as good marriage life as he has been married three times. His first two marriages ended with both his first and second wife dying. His first wife, Nazli Kangarli, died in 1903. He dropped law school so as to take care of her before she passed. In 1907, Jalil Mammadguluzadeh married Hamid Javanshir, who was a feminist, civil rights activist and Philanthropist. The couple had two children together, Anvar and Midhat. Jalil died of natural causes on January 4, 1932, in Baku. He was a feminist who fought for women’s rights and education. His criticisms towards people who did not respect women were not well embraced by some members of the public. Jalil Mammadguluzadeh's religious standing cannot be ascertained to date because he was a critic of religion.