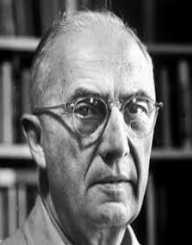 William Carlos Williams was a prolific American poet and physician. Born on September 17, 1883, he gave a great sense of touch to his works with the simplicity and clearness of his imagery. He is linked to modernism and imagism. Aside from writing, Williams was a practicing physician who worked as pediatrics and in general medicine. He served as chief of pediatrics at Passaic General Hospital (now St. Mary’s General Hospital) from 1924 until his death.

William Carlos Williams was born on September 17, 1883, in Rutherford, New Jersey in the United States. He was born to a Puerto Rican mother and an English father. Williams received both primary and secondary education in Rutherford and later moved to a school in near Geneva for two years and then to the Lycee Condorcet in Paris. Upon his return to the United States, he schooled at Horace Mann School.

In 1902, he enrolled at the University of Pennsylvania medical school, where he graduated in 1906. After graduating, he did his medical internship at French Hospital and Child’s Hospital in New York. He later went to Leipzig for an advanced study of pediatrics.


Career as a Poet

Despite working primarily as a physician, William Carlos Williams also became a successful writer. He scheduled his time very well that, he practised medicine in the day and wrote in the evening. He wrote poems, novels, plays, short stories, essays and did translations. In 1909, Williams published his debut book, Poems and followed it with The Tempers in 1912 with the help of his friend Ezra Pound.

He briefly involved with the Imagist movement during the early days of his writing career. However, he soon had a change in ideology and embraced modernism in literature. During this period starting from 1923, he sought to establish a unique form of American poetry based on the lives of ordinary people and their everyday life.

In 1917, William Carlos Williams published Al Que Quiere! and Kora in Hell: Improvisation, in 1920, which was met with fierce criticisms from the likes of Wallace Stevens, Ezra Pounds, H.D and Baroness Elsa. He came out with one of his famous books of poems Spring and All in 1923 comprising poems like The Red Wheelbarrow, By the road to the contagious hospital, and To Elsie. Between 1946 and 1958, he published Paterson, based on the history and people of the industrial city of Paterson, New Jersey. It expressed the complexity of the city as compared to the complexity of man.

William Carlos Williams published several other works including his prose In the American Grain, through which he examined the American culture and character with essays on historical figures. He wrote the trilogy of a family White Mule, 1937, In the Money, 1940, and The Build-Up in 1952. Other works include The Desert Music and Other Poems, 1954, Pictures from Brueghel and other Poems, 1962. Williams also did short stories like Jean Beicke, A Face of Stone, and The Farmers’ Daughters.

William Carlos Williams influenced and mentored many poets. He also associated and influenced literary movements like the San Francisco Renaissance, the New York School, and the Beat Movement.

In 1912, William Carlos Williams married Florence Herman. The couple had two sons William E. Williams and Paul H. Williams. He suffered a heart attack in 1948 and had a bout of strokes from 1949. He died at age 79 on March 4, 1963, in Rutherford. Williams was interred in Hillside Cemetery in Lyndhurst, New Jersey.

William Carlos Williams was posthumously awarded a Pulitzer Prize in 1963 for Pictures from Brueghel, and Other Poems (1962). In 1950, he won the first US National Book Award for Poetry.