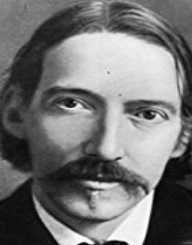 Alphonse Daudet was born 13th May 1840, in Nimes, France. His parents both came from the bourgeoisie background, with his father, Vincent, being a silk manufacturer. Alphonse Daudet had an elder brother, Ernest.

Alphonse Daudet's father had a lot of misfortune and failure over the years, and after the failure of his silk manufacturing business, the family moved to Lyon. Due to the family circumstances, Alphonse Daudet was prone to depression through his childhood. He attended school in Lyon, but in 1856 he left to begin his career.

Alphonse Daudet moved to Ales, Gard, and began his working life as a school teacher. Unfortunately, he wasn’t suited to the position and had no control over his students. He left the teaching profession in 1857.

He moved to Paris and took up residence with his brother, Ernest. Ernest was a journalist, and Alphonse Daudet also began writing. He had a collection of poems published in 1858, following which he was employed by Le Figaro, a daily newspaper at the time.

Alphonse Daudet soon began to be recognized in the literary community after the release of two plays that he wrote. He was then appointed as a secretary to Charles De Morny, one of Napoleon III’s ministers. Daudet held the position until 1865 when Morny died.

Alphonse Daudet continued to write and again started publishing works. His success was mediocre until he released Fromont jeune et Risler aine, in 1874. His subsequent novels were also successful.

Alphonse Daudet was a prolific writer, his work including novels, short stories, poem collections, and plays. He was considered a very successful writer, and some of his works are still in print.