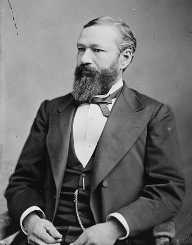 Homer Adolph Plessy was an American shoemaker famously known as the plaintiff in the landmark the United States Supreme Court case Plessy v. Ferguson in 1896. Born on March 17, 1863, a New Orleans court tried and found him guilty for breaking Louisiana’s segregation laws. Sensing an injustice, Plessy subsequently appealed in Louisiana courts up to the U.S. Supreme Court. Notwithstanding his lost by the “separate but different” ruling, the resulting consequences for civil rights in the US were massive. As a result, state-mandated segregation law spread out in the US. However, the separate facilities provided for blacks and whites needed to be putatively "equal."

Homer Plessy was born Homère Patrice Adolphe Plessy on March 17, 1862, in New Orleans. His parents, Rosa Debergue and Joseph Adolphe Plessy were part of the New Orleans French-speaking Creole society. His father was a carpenter and his mother a seamstress. When Plessy was seven years, he lost his father. As a result, his mother remarried to Victor M. Dupart, a shoemaker and clerk at the U.S. Post Office. Plessy became attracted to his stepfather’s shoemaking business, therefore, decided to become a shoemaker.

Growing up, Plessy became very interested in social activism. His stepfather was a member of the civil right organization; Unification Movement founded in the 1870s. He was a signatory to the 1873 Unification Movement. Plessy became the vice-president of the Justice, Protective, Educational, and Social Club in 1887. The group aimed at helping to reform New Orleans public education. However, the group was unsuccessful in challenging the segregation of Orleans Parish public school. The act was contrary to the constitution of Louisiana State that barred the establishment of race-based schools. The club also channeled enough resources into trying to lure quality teachers for African American schools while establishing libraries.

Plessy was a gens de couleur (the class consisting of free Creole people of color in Louisiana). He was a “seven-eighths Caucasian and one-eighth African blood.” However, he was classified “colored” under the Separate Car Act of 1890. The Creoles also enjoyed rights guaranteed by the Fourteenth Amendment.

In 1890, the Louisiana State Legislature enacted Separate Car Act. The law required “equal, but separate” train car accommodation for both blacks and white. It met strong opposition from right civil groups including the Comité des Citoyens ("Citizens' Committee"). The Comité des Citoyens made up of African Americans, whites and Creoles adopted a way to test the constitutionality of the law.

In 1892, the Citizens' Committee approached Plessy to agree to intentionally violet the law, which he agreed. On June 7 he bought a first class ticket on the East Louisiana Railroad that ran between New Orleans and Covington. According to plan, he sat in the “white-only” car. A conductor approached him to ask whether he was a colored man. Plessy answered in affirmative, saying he was 7/8 white. He, however, insisted he bought a first class ticket and therefore has the right to sit there. This resulted in his arrest by detective Chris C. Chain who forcibly pulled him out of the train. He was placed in the Orleans Parish jail. Following a day in Jail, the Citizens’ Committee posted a $500 bond for his released.

Four months after his arrest, the case was brought before Judge John Howard Ferguson. His lawyer argued that dragging Plessy off the train was a violation of his right under the Thirteenth and Fourteenth amendment of the US constitution. However, judge Ferguson in his ruling said Louisiana under state law has the power regulate its railway business. Plessy proceeded to the Louisiana State Supreme Court, which also upheld the verdict of Ferguson. Subsequently, he went to the US Supreme Court in the case heard in April 1896, as Plessy v. Ferguson. The Supreme Court majority opinion read by Justice Billings Browns on May 18, 1896, also went in favor of the Louisiana state. Justice John Marshall Harlan was the only judge with a dissenting view. The case resulted in the separate school systems for the next 58 years.

After the Supreme Court verdict, Plessy lived a reserved life back in New Orleans. He worked as a laborer, clerk, and insurance collector for the People's Life Insurance Company.