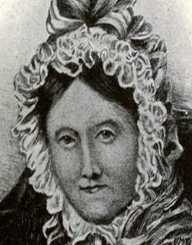 Dorothy Mae Ann Wordsworth was born 25th December 1771, in Cockermouth, Cumberland, in the United Kingdom. Wordsworth had four brothers, one of whom was the famous poet, William Wordsworth.

Their mother died when the children were young, but they lived a happy childhood. Their father died in 1783, and the children were then separated and sent to live with different relatives. Her first reunion with William was in 1795, the second reunion in 1797-98, and after this the pair became inseparable.

Dorothy Wordsworth was classified as a diarist, although she did write some poetry. She didn’t have any interest in becoming a professional poet, instead, preferring to leave the fame to her brother, William. She did write an account of her travels to Scotland with William in 1903, but a publisher couldn’t be found, and the work was not published until 1874.

William married Mary Hutchinson in 1802, and Wordsworth lived with her brother and sister-in-law. She was 31 by this time and believed herself too old to get married. In 1829, Dorothy Wordsworth became seriously ill and remained unhealthy for the rest of her life. She died in 1855, at the age of 83.

In 1897, Dorothy Wordsworth's Grasmere Journal was published. It was a description of her daily life in the Lake District. With the success of her journal, there was renewed interest in her works, and several other collections of her work and journals were published after that.