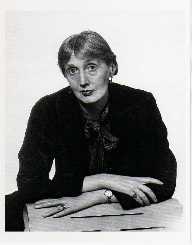 Virginia Woolf was an English author and journalist who is best known for her novels and their feminist themes, in particular, Mrs. Dalloway and To the Lighthouse.

Virginia Woolf was on 25 January 1882 in Kensington London. She was named Adeline Virginia Stephen by her parents, Leslie Stephen and Julia Prinsep Duckworth. Her mother was born in the British Raj in India. Her father was a biographer and editor. Both Woolf’s parents had been married previously, and thus she grew up in a home filled with siblings and half-siblings. Due to her father’s work as an editor Woolf was surrounded by Victorian literary influences throughout her childhood. In 1895, Julia Stephen, Woolf’s mother died of influenza. Woolf and her sisters received no formal education and instead were taught literature and the classics in the family home.

From an early age Woolf showed an interest in writing, as a child she wrote a family newspaper based on the events in the household. Before her mother’s death, the family would spend summer in Cornwall and these holidays would have a significant influence on her future writings. In 1897, Woolf’s half-sister Stella died. This led to Woolf having a nervous breakdown.

Her twenties were also marred by family tragedy as her brother Thoby died. Virginia Woolf took to studying at the Ladies Department of King’s College London. Woolf studied history as well as the languages Ancient Greek, Latin and German. Her father’s death in 1904 brought about another breakdown. Woolf would later state that she was sexually abused as a child by her half-brothers George and Gerald Duckworth.

Following her father’s death Virginia Woolf and her surviving siblings, Vanessa and Adrian moved to the Bloomsbury area of London. Bloomsbury was a famous Bohemian district. Woolf became associated with many well-known artists, writers, and intellectuals who lived in the area. Although no formal organization existed Woolf became part of what was known as the Bloomsbury Group. The group included the famous economist John Maynard Keynes and the novelist E.M Forster.

The group was united by geographic location and their interest in the arts. They held modern views on pacifism and sexuality. The group gained notoriety when a number of them posed as an Abyssinian delegation to receive a tour of the Royal Navy’s flagship the HMS Dreadnaught. The group formed a kind of intellectual aristocracy and would have huge influences on each other’s work.

Virginia Woolf was first published in 1904. Her account of a visit to the Bronte family’s home was published in The Guardian. In 1905 she began writing for The Times Literary Supplement. Her half-brother Gerald Duckworth’s company published Woolf’s first novel, The Voyage Out. The book, like the majority of Woolf’s work, draws on her personal life. Woolf mostly self-published after this through the Hogarth Press. The Lighthouse was published in 1927 and focuses on the role of women and the impact of personal strife on an artist’s work.

In this way, it drew upon Woolf’s struggles to write in the immediate aftermath of deaths in her family. Woolf’s works focussed heavily on feminism and the roles of women through the prism of war, sexuality and art. Woolf’s work is often set in the banal and every day but explores much broader themes. Woolf also loathed fascism and wrote Three Guineas as a scathing attack on it. Woolf’s style was distinctly modernist and contained the stream of conscious style that was also used by James Joyce. Woolf wrote extensively in both fiction and non-fiction genres.

Virginia Woolf suffered a bout of depression following her completion of the manuscript for Between the Acts. The bombing of London worsened her feelings of despair. On 28 March 1941 Woolf walked into the River Ouse and weighed down by stones in her pockets drowned. Her body was not discovered until three weeks later. Before her death, she left a suicide note apologising profusely to her husband. Woolf was cremated and the ashes buried at her home in Sussex.

Virginia Woolf remained close to her sister Vanessa throughout her life and often lived with her. In 1912, Woolf married Leonard Woolf, a fellow member of the Bloomsbury Group. The couple was very close, and Woolf wrote extensively in her diary and suicide note of how happy her husband made her. However, Woolf began a lesbian affair with Vita Sackville-West, a fellow writer. The novel Orlando by Woolf draws mainly from the relationship and fantasies she had with Vita.

Virginia Woolf dropped from popularity following the Second World War. The rise of new feminism in the 1970s saw her work receive greater recognition and praise. During her life, Woolf had been a supporter of feminism and always resented the lack of formal education she was afforded due to her gender. In 1998 the novel The Hours was published. It dealt with women who were affected by Woolf’s writings. The book was turned into a film, and Nicole Kidman won an Academy Award for her portrayal of Woolf. Elizabeth Taylor won an Academy Award for her role in the movie adaption of Who’s Afraid of Virginia Woolf.

Despite being happily married to Leonard Woolf who was Jewish, Virginia Woolf has come under criticism for her many anti-Semitic writings. Throughout her diaries, she makes derogatory comments about Jews even describing her husband as a penniless Jew. The Jewish characters in her works often are portrayed as repulsive or with stereotypical generalisations. Woolf was also highly critical of Christianity. She claimed it was self-righteous and part of western and male egotism.

Throughout her life, Virginia Woolf suffered from bouts of depression and nervous breakdowns. These have been attributed to the sexual abuse she endured as a child from her half-brothers. The first of her breakdowns occurred following the deaths of her mother and half-sister Stella. During these bouts of depression, Woolf found it impossible to write, and she was briefly institutionalised following her father’s death. She would also make brief stays at a nursing home during the early 1910s for treatment.