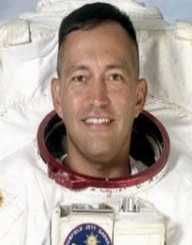 Carlos Noriega was born on October 8th, in 1959. He earned his fame as he was an astronaut working with NASA.

Carlos Ismael Noriega was born on October 8th, in 1959. His place of birth was in Lima, Peru. He was raised in Santa Clara, California.

For his high school education, Carlos Noriega went to Wilcox High School situated in Santa Clara, California. He graduated from the school in 1977. After this, he joined the University of Southern California where he majored in computer science. He graduated in 1981. He also went for his masters at the Naval Postgraduate School. He completed his masters in 1990.

While studying at the University of Southern California, Carlos Noriega was part of the Naval ROTC team. He was commissioned under the US Marine Corps in 1981. Also, after completing his master’s program, he was commissioned to the US Space Command located in Colorado Springs. Aside from serving as a space surveillance commander, Noriega was also in charge of some software development projects.

Carlos Noriega was called to serve NASA in 1994. He reported the following year to Johnson Space Center. As a newbie, he had to go through a year of training. Noriega qualified in all his test, and therefore he began his assignments in mid-1996. In 1997 he flew the STS-84. Later on, in 2000 he flew the STS-2000. A few years later, he retired from NASA. This occurred in early 2005.

Carlos Noriega was married to Wendy Thatcher Noriega. The two raised their five children together.