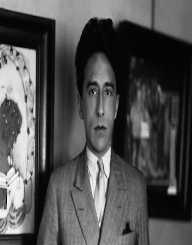 Jean Maurice Eugène Clément Cocteau popularly known as Jean Cocteau was a French filmmaker, writer, playwright and a designer. He became famous for his works like Blood of a Poet, Les Enfant Terrible, Orpheus, and Beauty and the Beast. His addiction nearly marred his career to opium and after he lost his best friend Raymond Radiguet, who was a French poet in 1923.

Until his death, he was a member of the commander of the Legion of Honor and a member of the The Royal Academy of Belgium and the Mallarme Academy. He also had a close association with people like Henri Bernstein, Kenneth Anger, Jean Genet and Panama Al Brown.

Jean Maurice Eugène Clément Cocteau was born on July 5, 1889, to father Georges Cocteau, a lawyer and painter and mother Eugenie Lecomte. He was born in Maisons-Laffitte, Yvelines and was the only child of his parents. He attended the Lycee Condorcet from 1900 to 1904. At age 11, he lost his dad to suicide. It was during his school days that he met Pierre Dargelos who he generally used in his works. After completing school, Cocteau left home at age fifteen. It was within that time he published his maiden poems Aladdin’s Lamp. After he published the volume, The Frivolous Prince, he became very popular in the Bohemian artistic circles, and he was nicknamed after the book.

Jean Cocteau had an early career with his first and second volumes of poems being published at age twenty. He had close associates with writers like Marcel Proust, Maurice Barres, and Andre Gide. He also collaborated with writers like Leon Bakst for his work Le Dieu Bleu for the Ballet Russes. His work was interrupted by the World War I as he served as an Ambulance driver in the Red Cross.

However, that service was a blessing to him because through it; he met several writers, artists and poets like Guillaume Apollinaire, Pablo Picasso, and Amedeo Modigliani. This close associates with other players in the field brought about the ballet, Parade, in 1917 after he had met Russian impresario, Sergei Diaghilev who convinced him. After a successful production, it was later expanded into a full opera.

Jean also wrote for Oedipus Rex for Igor Stravinsky which was later performed in the Theatre Sarah Bernhardt, Paris in May 1927. Aside from his works, Cocteau also had influences on others works, one of such group is Les six. After his work on Parade, he worked with French Poet Raymond Radiguet. The two worked together and became very close that they went on vacations together. He also helped him in a professional career as he got his novel Le Diable Au corps published. Their close relationship sparked rumors that both were lovers, but Cocteau dismissed such claims.

Radiguet died in 1923, and according to critics, it affected the life of Cocteau. Many believed his death was what got Jean Cocteau addicted to opium. Once again he discredited the claims saying it was just a coincidence. Within that year, he left with Diaghilev to Paris to work on Les Noces by Ballet Russes at Monte Carlo. Day by day Cocteau addiction to opium became worse and affected his work negatively.

Despite the challenges, Jean was able to write the book, Les Enfants Terrible. This became one of his notable books depicting the addiction. In 1929, he published the book Opium: Journal of drug rehabilitation in which he narrates his addiction and recovery process and his view of people and events. With counsels from Martian, he gradually involved himself in religious activities.

Introduction Of The Human Voice

During his work La Voix Humaine, Jean Cocteau introduced telephoning into the play. The play explored human needs for communication and the enthusiasm it brings. It was also to give actors and actresses an expressive character and display their talent in plays. The play has a lady on stage alone speaking on the phone with his lover who was departing for about an hour. The play has several reviews, but varied and has been reproduced several times by other filmmakers. His release of Le Bel Indifferent in 1940 became very successful. Le Testament d’Orphee was his final film. He also did some work in designing.

Jean Cocteau suffered a heart attack and died shortly on October 11, 1963, at his home in Milly-la-Foret, Essonne, France. It is believed that he suffered the shock when he heard his friend Edith Piaf had died a day before. He was buried beneath the Chapelle Saint-Blaise des Simples in Milly-la-Forêt according to his wish.