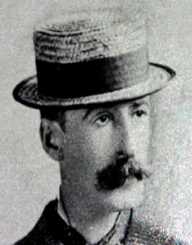 Winslow Homer is one of the most foremost painters of the 19th century and is also considered as the most prominent figures when it comes to American art. He was not only an American painter but also a printmaker in the American history who is best known for his marine subjects.

Winslow is also famous because he did not take any professional training for painting and is self-taught. His career began as a commercial illustrator but later took to oil painting thereby producing some of the most intense and valued work in the American history.

His painting career was quite diverse varying with the use of oil paints and then, going to watercolors depicting the most straightforward subjects in some of their most difficult struggles with this indifferent universe.

Winslow Homer was born on 24th of February in the year 1836 in Boston, Massachusetts. He was born to Charles Savage and Henrietta Benson Homer. He was the second son amongst the three sons.

He was a very quiet, concise, strong-willed and friendly kid. Even though he was an average student as a child but his passion and talent for art were very evident since his early years. It is one among the many skills which he inherited from his mother who herself was a gifted amateur watercolorist and also Winslow’s first teacher. He had a very happy childhood.

Winslow Homer's interest got a push when he was 19 years old and also got apprenticed to a lithographic firm of John Bufford in Boston itself. His early experience as a painter was mainly concerned with copying the designs of other artists.

But, gradually he started his work and also began submitting his work for publication in various periodicals such as Ballou’s Pictorial, etc.

Winslow Homer's first work was put at display at the National Academy of Design when he moved from Boston to New York in the year 1859 to begin his career as a freelance illustrator. His career had just started, and he also started getting a name for himself especially for thinking out of the box.

The same could also be seen during the American Civil War, where most of the other painters depicted the scenes of war but thinking differently he dealt with the regular day to day life at the camps for the people. Because of the same, he was also elected to the National Academy of Design in the year 1865.

Some of his works were received very warmly by the masses especially soon after the end of the war. It included his work by the name of Prisoners from the Front and the dominant national mood of reconciliation.

Winslow Homer established his studio in New York, but that was never the theme of this art. Homer always made efforts to travel as much as he can especially during the warm months to capture the essence of typical day to day life struggle. He even spent a year in France in 1866 influenced by the French naturalism.

His plan to use watercolors changed his career altogether as it allowed him to capture the rapid and fresh observations of nature. His growth as an artist may be claimed to be slow but what is important to note is that the growth was constant at all times.

With the passage of time, his works both with oil paints and watercolors became big and more recognized bringing his concern for naturalism into more significant details.

The painting by the name of Gulf Stream is considered as the Apex works of Homer’s career in the year 1899. Though his paintings speak for him, Winslow Homer was wholly isolated during his final years. He ultimately died in his Prouts Neck Studios in the year 1910.