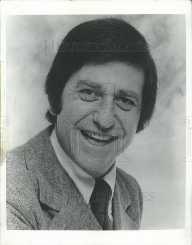 Soupy Sales was the stage name for actor Milton Supman; he was a comedian and actor.

Milton Supman was born on 8th of January 1926 in Franklinton, North Carolina. He was the youngest of three sons, and his family was the only Jews in town. His parents ran a dry goods store, and their surname was frequently mispronounced.

Milton Supman parents nicknamed their children Hambone, Chickenbone, and Soupbone, which Milton eventually changed it to Soupy. Milton’s father died when he was five, and the family moved to Huntington, West Virginia.

In 1944, Milton Supman graduated from Huntington High School and enlisted in the United States Navy.

Milton Supman served on the USS Randall and entertained his shipmates with his jokes and characters over the ship’s system. “White Fang” was one of the characters that came to life; it was a massive dog that played practical jokes on people.

Milton Supman enrolled in Marshall College in West Virginia after his discharge. In 1949, Milton graduated with a Bachelor’s degree in Journalism.

While studying, Milton supplemented his income working as a singer and dancer; he also worked as a standup comedian.

After graduation, his first job was at a radio station WHTN as a scriptwriter; he continued to moonlight as a comedian.

Later he became a disc jockey as well as the scriptwriter for the station. It was then that he created the persona Soupy Sales, borrowing Sales from Chick Sale comic.

Later, he moved to Cleveland, Ohio following the cancellation of his shows. In Cleveland, he hosted radio and television series for WJW. It was there that Soupy got his signature pie in the face act.

Milton Supman moved to Detroit to work for WXYX- TV in 1953, starring in Lunch with Soupy Sales, a children show with gags and puns.

The show usually ends with a pie on his face. Milton Supman developed various ways to get hit in the face with a piece. Soon celebrity guests joined in, allowing the show to be on air for seven years.

As a jazz aficionado, Soupy had a nighttime show Soup’s On, which he used to feature musicians, usually a jazz performer. Famous names like Miles Davis, Louis Armstrong, and Duke Ellington had appeared on Soup’s On.

In 1960, Milton Supman moved to Los Angeles in the West Coast, bringing with him the number one show: Soupy Sales Show. Famous names such as Frank Sinatra and Judy Garland were keen to get a pie on their face.

After moving the show to New York, 1964 saw Soupy’s show syndicated to the whole of United States, Canada, and Australia and New Zealand.

Milton Supman Sales recorded The Mouse, and Spy With A Pie albums and Murk- Arty Park Single. While they are dance records, Spy with A Pie was later rereleased by a children’s records.

Milton Supman performed in Broadway and comedy clubs. He was a regular panelist on What’s My Line in the 1960s for seven years. He was a frequent guest on comedy variety shows.

Milton Supman also appeared in twelve films, and guest starred in some television series. He wrote his first autobiography Soupy Sez!: My Zany Life and Times, it was published in 2003. Soupy released a book featuring a collection of his jokes in 2003.

Milton Supman married Barbara Fox in 1950, they had two sons together and divorced in 1979. He later married Trudy Carson in 1980.

Milton Supman died of cancer in Calvary Hospice in the Bronx, New York. He passed away on 22nd October 2009; he was eighty- three.

Milton Supman was buried at Kensico Cemetery in Valhalla, New York. He was survived by wife Trudy, his two kids, and four grandchildren.