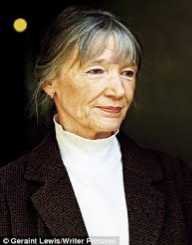 Anne Tyler is an American writer whose works have earned her many awards and a film adaptation. She also contributed to a number of numerous literary pieces such as Harper's, The New Yorker, The Saturday Evening Post and McCall's.

Anne Tyler married Taghi Mohammad Modaressi, a psychiatrist of Iranian descent who is also an accomplished writer back in his own country. Modaressi is ten years older than Tyler, and together they have two daughters named Tezh and Mithra. Both of their children grew up to be illustrators and even illustrated Tyler's books. The two were married for 34 years until Modaressi's death in 1997 at the age of 65 due to lymphoma.

Born on October 25, 1941, in Minneapolis, Minnesota, Tyler is the eldest of 4 siblings. Her parents were Phyllis Mahon and Lloyd Parry Tyler who worked as an industrial chemist and social worker respectively.  Their family were part of the Quaker communities and settled in 1940 in Celo, North Carolina. Growing up, she was fond of story-telling and buried herself in literature.

Anne Tyler was also homeschooled for a time and entered local school at the age of 11 when her family finally settled in Raleigh. Remarkably bright, she graduated high school with praises from her English teacher; a woman named Phyllis Peacock. Upon graduating high school, she entered Duke University on a scholarship and enrolled in creative writing class under Reynolds Price.

Besides literature, she was also fond of art in general, especially painting. While attending Duke, she also published a short story in the university's literary paper called the Archive. Her story, entitled Laura, won her the Anne Flexner Award under the category of Creative Writing. She won the same award for another story published under her name entitled The Saints in Caesar's Household which was also printed at the Archive.

She graduated from Duke at the age of 19 majoring in Russian Literature and was offered a fellowship to Columbia University's graduate school but was not able to finish her master's thesis.

Anne Tyler produced her first novel in 1964 entitled If Morning Ever Comes a year after her marriage. She followed up with another book called The Tin Can Tree in 1965. The same year in 1965, she gave birth to her firstborn and her second child came two years after which put a hold on her writing to focus on motherhood.

She resumed writing during the 1970s and released a number of novels until the early 80s namely A Slipping-Down, The Clock Winder, Celestial Navigation, and Morgan's Passing of which the latter landed her a nominee for the National Book Critics Circle Awards and the American Book Awards. The novel eventually won Janet Heidinger Kafka Prize for Fiction

Anne Tyler considers her ninth book, Dinner at the Homesick Restaurant, her best work out of all her creations. The novel itself was nominated for the 1983 American Book Award for Fiction, a Pulitzer Prize, and a PEN/Faulkner Award.

Her follow-up book, The Accidental Tourist, was even a better hit. It won 2 prestigious awards such as the 1985 National Book Critics Circle Award for Fiction and the 1986 Ambassador Book Award for Fiction. It was also adapted into a 1988 film and cast William Hurt and Geena Davis for the lead roles.

Another of her book, Breathing Lessons, was adapted into a 1994 film and was hailed as Book of the Year by Time Magazine. It also won the 1989 Pulitzer Prize for Fiction.