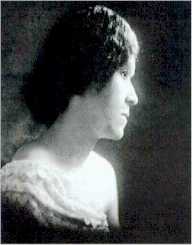 Claudia Lars was born on December 20, 1899. She was a Salvadoran poet. She was born a talented child in poetry. She drew her inspiration from classical Spanish and English romantic literature. Her first book of poems was published when she was only seventeen years old. She is considered as one of the greatest female voices in the twentieth century.

When Claudia Lars moved to the United States, she began working as a Spanish teacher, but she, later on, moved back to her homeland with her husband. She met her husband when she was in the United States. She wrote a lot of poetry collections that were well received by the general public and critics as well. She died in 1974.

Claudia Lars was born Margarita Del Carmen Brannon Vega on December 20, 1899, in Armenia, El Salvador. She was born to Peter Patrick Brannon and Carmen Vega Zelayandia. Her father was Irish while her mother was Salvadoran. She started her education at home, but when she was a teenager, she attended Colegio La Asuncion de Santa Ana.

When Claudia was seventeen years old, she wrote brief poems which she consolidated into a collection of poems. Her collection of the brief poems was titled ‘Triste Mirajes’ which was published by General Juan Jose who was a poet and her mentor. In 1919, she fell in love with poet Salomon de La Selva. Her father did not, however, approve of the relationship, and so he sent Lars to the United States.

After moving to the United stated, Claudia Lars got married. She and her husband settled in New York. She became a Spanish teacher at the Berlitz School in Brooklyn. In 1927, she returned to El Salvador with her husband. She later became acquainted with other writer and poets who were based in El Salvador. Some of the people she got acquainted with included Alberto Guerra and Salarrue.

In 1933, she took up the pen name ‘Claudia Lars.’ In 1934, she published her first book of poetry called ‘Stars in the Well.’ In 1941, she came up with ‘Sonnets of Michael’ which was her poetic work. In 1942 and 1946, she came up with ‘The Glass House’ and ‘Romances of North and South’ respectively. In 1947, she published yet another poetry collection ‘City under My Voice.’ The collection won the ‘Contest Memorial of the IV centenary of the Title of City of San Salvador’ which was organized by the City Council of San Salvador.

Claudia Lars moved to Canada where she served as the Editorial Department of the Ministry of Culture. She was then appointed the head of the Culture Magazine. While in Canada she published books such as ‘School of Birds,’ ‘Tale of a Truth,’ ‘Land of Childhood’ and ‘Where the Steps Arrive.’

She also did works such as ‘Girasol,’ ‘Presencia en el Tiempo’ and ‘Poesia Ultima’ among other works. In 1975, her final and unpublished poems were published by the University of El Salvador. The poems were published in a volume titled ‘Last Poems.’ In her lifetime, Lars produced nineteen books and a memoir.

In 1965, Claudia Lars received the 1st prize at the Floral Games in Quetzaltenango for her poetry collection ‘Of a Fine Dawn.’