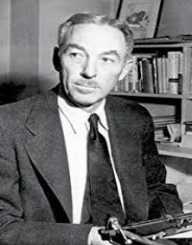 Elwyn Brooks White was born on July 11, 1899, in Mount Vernon, New York, United States. He was an American writer who co-authored ‘The Elements of Style’ famously known as ‘Strunk & White.’ He also wrote other books suitable for children including ‘Stuart Little’ (1945), ‘Charlotte’s Web’ (1952) and ‘The Trumpet of the Swan’ (1970). He also served as an ardent contributor and writer for the New Yorker Magazine. He received a Pulitzer Prize special citation in 1978 and died in 1985.

Elwyn Brooks White was born on July 11, 1899, to Samuel Tilly White and Jessie Hart White. He was born in Mount Vernon, New York, United States. He attended Cornell University and graduated in 1921 with a Bachelor of Arts degree. During his college years at Cornell, he served as an editor for the Cornell Daily Sun alongside Allison Danzig.

Between 1921 and 1922 he worked for the United Press and the American Legion News Services. He also took a job as a cub reporter at The Seattle Times between 1922 and 1923. He was also an employee at Frank Seaman advertising agency as copywriter and assistant producer. In 1924, he returned to New York and in 1935 began working for The New Yorker as a writer.

E. B. White began publishing his articles in The New Yorker in 1925 which elevated him to a level of the company’s most favorite contributor. His essays and articles made the magazine gain recognition within America. He also worked at Harper’s Magazine from 1938 to 1943 as a columnist. He published ‘Here Is New York’ in 1949 followed by ‘The Elements of Style’ which he edited in 1959.

He was awarded a special Pulitzer Prize in 1978 for his citation on his letters, essays and the whole of his work. Previously in 1963, he was awarded the Presidential Medal of Freedom. He was also awarded several honorary memberships in a variety of institutions in the United States.

E. B. White published several literary works including fictions for children such as ‘Stuart Little’ which was published in 1945 followed by ‘Charlotte’s Web’ in 1952. With this latter work, he earned the Laura Ingalls Wilder Medal in 1970. In 1970 he published ‘The Trumpet of the Swan’ which received two awards including the Sequoyah Award from Oklahoma and the Hans Christian Andersen Award from Kansas.

E. B. White married Katherine Angell Sergeant in 1929 after she experienced a divorce. The couple had one son named Joel White and White also fathered Katherine’s son Roger Angell from a previous marriage.  His wife Katherine died in 1977. He died on October 1, 1985, in Maine from Alzheimer’s disease at the age of eighty six.