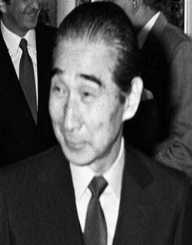 Kenzo Tange was born on September 4th, in 1913. He was a well-known Japanese architect. Due to his profound contribution to the world of architecture, Tange was bestowed with a  Pritzker Prize in 1987. His unique architectural styles stemmed from the fact that Tange combined ancient Japanese styles with modernism. As a result, he went ahead and landed contracts to design major buildings on five continents.

Kenzo Tange was born on September 4th, in 1913. His birthplace was in Osaka, Japan. During the better part of his early life, he spent it living in Chinese cities such as Shanghai and Hankow.

Later, in 1930, Tange relocated to Hiroshima. This occurred right after he had completed middle school. Here, he came along the remarkable works of a celebrated architect called Le Corbusier. Around this time, Tange was firmly convinced to take up architecture as his main career.

Due to his poor mathematics results in high school, Kenzo Tange had to pass his entrance exams to ensure that he enrolled in prestigious universities. It took him two years to improve his qualification capability, and in 1935 he joined the University of Tokyo of study architecture.

Immediately after his graduation from the university, Kenzo Tange went ahead and worked for Kunio Maekawa, a well-known Japanese architect. Later, at the onset of World War II, he went back to his former university for his master’s degree. In 1946, he was given the opportunity to serve as an assistant professor at the university he studied. This gave him the chance of setting up his laboratory and gave it the name Tange Laboratory. Decades later, in 1963, he earned his promotion to become the Urban Engineering’s professor.

Kenzo Tange vision was to include his works in 20 other countries globally. Therefore, in the 1970s and 1980s, he worked on several projects that would cement his name as one of the best architects of the 20th century. In line with this, he designed the Tokyo Metropolitan Government Building and contributed to the designing of Place d'Italie in Paris, France.

Kenzo Tange had a son called Paul who also majored in architecture as his career.