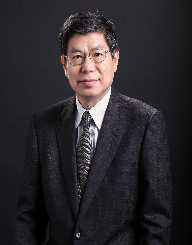 Yuan T. Lee is a Taiwanese Chemist won the Nobel Prize in Chemistry in 1986. Born on November 19, 1936, he shared the award with American Dudley R. Herschbach and Hungarian-Canadian John C. Polanyi "for their contributions to the dynamics of elementary chemical processes." Yuan T. Lee works in the field of physical chemistry included using advanced chemical kinetics techniques in investigating and manipulating the behavior of chemical reactions with molecular beams. Yuan T. Lee was the President of the Academia Sinica of Taiwan from 1994 to 2006. Yuan T. Lee also became the head of the International Council for Science in 2001.

Yuan T. Lee was born to Lee Tze-fan and Ts'ai P'ei on November 19, 1936, in Shinchiku City in northern Taiwan, then under Japanese rule. His father was a prominent artist and his mother an elementary school teacher. Yuan T. Lee had an interest in sports growing u and therefore participated in various sporting activities during his school days. His elder brother Yuan-Chuan Lee became a professor at John Hopkins University, his younger brother is Yuan-Pern Lee, and his sister Chi-Mei Lee became a professor in National Chung Hsing University Yuan T. Lee started his education in Hsinchu Elementary School where Yuan T. Lee played baseball and ping-pong. He continued his education at the Hsinchu Senior High School, where Yuan T. Lee also played tennis and trombone.

Yuan T. Lee built on research done by others on kinetic chemistry since the 18th century. His research was mainly focused on how to control the energies exerted by reagents and to digest the dependence of chemical reactivity on molecular orientation. Yuan T. Lee also delved into the nature of reaction intermediates, decay dynamics, and identifying complex reaction mechanisms. Yuan T. Lee used the technique known as the “crossed molecular beams technique” in his research into the subjects. With this technique, information received from measurements of angular and velocity distributions enabled him and his team of researchers including American Dudley R. Herschbach and Hungarian-Canadian John C. Polanyi to understand the dynamics of elementary chemical reactions. This research won them the Nobel Prize in Chemistry for "for their contributions to the dynamics of elementary chemical processes."

Yuan T. Lee is married to Bernice Wu Chin-li his childhood friend from elementary school. The couple has three children, Ted, Sidney, and Charlotte.  He was among the 22 Nobel Laureates who signed the Humanist Manifesto in 2003. He renounced his US citizenship in 1994 to pick the position of President of the Academia Sinica in Taiwan.

Yuan T. Lee has received several awards aside from his Nobel Prize award including the Harrison Howe Award, Peter Debye Award, National Medal of Science, and the Othmer Gold Award. He is a Sloan Fellow, Fellow of American Academy of Arts and Sciences, Member of International Academy of Science and a Guggenheim Fellow among several others.