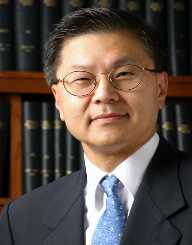 David Ho is an American microbiologist medical researcher credited for being among the pioneer founders of the HIV virus.

David Da-I Ho was born in Taichung, Chinese Taiwan on November 3, 1952. His parents Paul and Sonia Ho were middle-income earners in the small town. His father worked as an engineer while the mother was a housewife. Paul Ho left his family in Taiwan as he went to study in the US in 1956. The elder Ho joined the University of Southern California, Los Angeles or UCLA. He graduated with an engineering degree.

David Ho grew up in Taiwan with his mother. He showed his scientific talents while in Taiwan. He had a clear preference for mathematics and science in school. He created his own makeshift laboratory within their house garage. In the neighborhood, he engaged in soccer and martial arts as many of his peers.

Ho moved with his mother to the US in 1965. He joined his father who had established a secure job in Los Angeles nine years after leaving Taiwan. Ho came with his mother and two brothers Philip and Sidney. To assimilate his family into the American society and predominantly Christian community, Paul renamed his son David from Dai-I. At the age of 12, Ho found it difficult adjusting to his new environment. He spoke only Chinese and had to learn English from scratch. He consoled himself I school by his love for mathematics.

Within six months of staying in the US, Ho had mastered the English language. He ventured into playing basketball and shed the outcast tag that he portrayed when he could not speak English. He posted good grades in high school and got admission to college. He joined the Massachusetts Institute of Technology but transferred to the California Institute of Technology. He graduated with a Bachelor of Science degree in 1974. In 1978, he graduated with a second degree in human medicine from Harvard School of Health Science. He majored in molecular microbiology.

Ho joined the Cedars-Sinai Medical Center as an intern physician in 1981. He became the chief resident physician at the department of internal medicine. He noticed a high number of people exhibiting a strange deficiency in their immunity. Most of them struggled with manageable infections. After isolating allergies and STDs, Ho joined a group of researchers in studying what they suspected as a parasitic attack on the immune system. They discovered the cause and named it Acquired Immune-Deficiency Syndrome or AIDS. Ho continued his research from Massachusetts General Hospital in 1982. He became the fourth scientist to isolate the virus from the human cells.

As tests were done, researchers discovered the link between the virus and the disease. The virus or HIV attacked the T-cells which protect the lining of the CD4 cells. It then attached itself on the protein receptors of the CD4 cells. This rendered the CD4 cells incapable of fighting infections within the immune system.

Initially, scientists injected soluble CD4 cells into AIDS patients. They hoped the virus would attack the decoy cells and leave the human cells alone, thus stopping its spread. The experiment never succeeded. Ho discovered that the virus multiplied rapidly within the bloodstream and weakened the immune system.

Working with other scientists, ho discovered that the rapid spread of the virus followed a similar pattern. The virus attacked the CD 4 receptors killing the cells. The immune system becomes weak to fight back and gives way for the multiplication of the HIV virus. Researchers introduced the drug AZT that slowed the virus from spreading in the body.

In 1994, Ho and his team of researchers discovered a combination of drugs that helped reduce the virus to unnoticeable levels. Ho noted that combining the earlier protease inhibitors with two other drugs effectively contained and reduced the effectiveness of the virus. He introduced a combination that stopped the mutation of the virus. The results on patients became hailed as a breakthrough in containing the disease. Patients who detected the virus early in their system recovered to their former self while still having the viruses in their system.

With the advancement of technology, more research is being done in the hope of finding a cure for the disease. In the meantime, researchers are debating how to reduce the continued spread of HIV. Ho and some of his colleagues believe that with improved antiviral therapies, the disease can be eradicated by a future drug or vaccine. His opponents in the field believe the disease cannot be eradicated but only contained to manageable levels within the population.

Ho has worked with various universities and research organizations in the US. He continues to work with the global ADARC organization with the hope of a cure. He served as on the National Cancer Institute and American Foundation for AIDS Research.

In 1996 Time Magazine named him as the Man of the Year. He is a recipient of awards from several organizations like the Chinese –American Medal Society, Ernst Jung Prize in Medicine, Squibb Award and US Presidential Citizen’s Award.

He is married to Susan Kuo and lives in Chappaqua, New York. He has three children with Susan. Despite the cultural transformation into American society, Ho can still work out mathematical sums in English and Chinese.