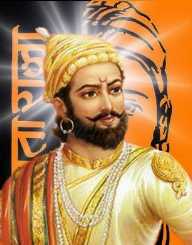 Shivaji Bhonsle was born on February 19th, 1630. He was famously known as Chhatrapati Shivaji Maharaj. He was famed for having created the Maratha kingdom. He formed this empire by uniting the Adilshahi sultanate of Bijapur that was slowly declining. He was crowned as a monarch in 1674.

Shivaji Bhonsle was born on February 19th, in 1630. He was born in a place called Shivneri near Junnar in Pune. He was the son of Shahji Bhosle, his father and Jijabai, his mother. At the time of his birth, his mother gave him the name Shivaji in admiration of the goddess Shivai. Her mother had prayed to the goddess to offer her a health child. Hence, she was strongly motivated to name him that way. His father was recognized as the Maratha general in the Deccan Sultanates.

In 1645, Shivaji made his entry to the military front while attacking the Torna Fort located in the Bijapur Sultanate. Other invasions that followed were attacks on Chakan fort, Rajgad fort, and Kondana fort. Mohammed Adil Shah, the Bijapur Sultan, developed a fear for Shivaji’s rising power. To deter his progress, he caged his father. This move worked as Shivaji stopped his invasions. Nonetheless, he took this as an opportunity to build a strong army. Historical facts document that his father was released either in 1653 or 1655.

During the same year in July, Shivaji and Adil Shah agreed to stop fighting. Shortly after the death of his father in 1664, he, however, resumed his invasions. This time round, he conquered the northern sections of Konkon and the forts of Javali and Purandar.

In 1657, he initiated conflicts with the Mughals who formerly had peaceful relations with. He carried out raids that heightened tensions between the two territories. As a result, in 1660, Aurangzeb sent out thousands of soldiers under the command of Shaista Khan to punish Shivaji. Moments later, the Mughals managed to defeat and capture Pune. After camping there for a while, Shivaji raided them and almost killed their commander Shaista Khan. In 1664, Shivaji attacked Surat and eluded with their treasures.

Throughout his battling career, Shivaji is best remembered for fighting in the Battle of Pratapgarh. During this war, he killed over three thousand soldiers. Additionally, he imprisoned Afzal Khan’s two sons. He also took away treasures, weaponry, horses and other war materials that further strengthened his forces.

Shivaji wedded Saibai in 1640. She was from the respected Nimbalkar family. The pair had four children in their marriage. He also married Soyarabai after being forced by his parents. They had two kids from this relationship. Other wives linked to him were the likes of Kashibai, Putalabai, and Sakvarbai.

Shivaji Bhonsle passed away in April 1680. He was about 53 years when he died.