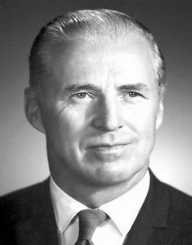 Norman Angell was born on December 26, 1872, in Holbeach, Lincolnshire, England. His parents were Mary Lane and Thomas Angell Lane. He also had five siblings. It is around this time that he dropped the surname Lane and used his middle name, Angell, as his new surname.

As a teenager, Norman Angell attended some prestigious schools in Europe. Some of the schools he attended were the Lycee de St. Omer in Paris and the University of Geneva in Switzerland. When he was almost 18, he moved from Europe to the United States. As a young adult Angell had some odd jobs, including working on a vineyard and a ranch. It wasn’t until he got his first writing job, working as a reporter for the San Francisco Chronicle that he found his passion. This one job to give way to the rest of his career.

While in school, Norman Angell spent some time editing a school newspaper, but it wasn’t until he worked at the Chronicle that he had any real professional paid writing experience. When he moved back to Europe in 1989. Soon after, he began working for a French newspaper called the Daily Messenger. At the paper, he worked as an editor, making sure the English translation of the paper had perfect grammar. In 1905, he began to work for another newspaper, the British Daily Mail. However, he remained in France, as he was in charge of editing the paper for French readership. He worked at this newspaper until the beginning of World War I.

He is most famous for his non-fiction books that focus on teaching people how to understand the economy. Many of his other books focus on the topic of war, and how peace can be achieved between arguing nations. Some of his most famous books are listed below.

The Story of Money

Peace Theories and the Balkan War

The Fruits of Victory

During World War I, he moved back to his home country of England where he was one of the founding members of the Union of Democratic Control, which formed in 1914. The group aimed to make England’s foreign policy more peaceful. The group wasn’t against fighting entirely, but they did aim to have less of it in the world.

After the war ended, Angell began to have political aspirations. He still worked as a writer, working for the Foreign Affairs paper around this time. He joined the Labour party in 1920. In 1929, he was elected as a member of Parliament. During this time in government, he did his best to encourage European countries to work more peacefully with each other. He left Parliament in 1931 when his first term was up.

After his time in Parliament was up, he moved to the United States (around the 1940’s). He only lived here for about a decade before moving back to Europe, finally settling back in his home country of England.

Norman Angell won some awards for his work as both a journalist and author. Some of his most prestigious awards are listed below.

He was awarded the Nobel Peace Prize in 1933.

Angell was knighted by King George V of England in 1931 for his efforts of peace during World War I and for his peacekeeping writings.

Norman Angell died of natural causes on October 7, 1967, in Croydon, England. He was 94 years old when he passed away.