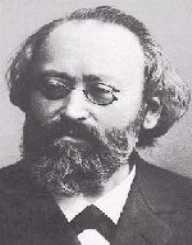 Max Bruch was a German conductor and Romantic composer born on January 6th, 1838.  He also taught music composition for most of his career. He retired from teaching in 1919 after teaching at the Berlin Hochschule für Musik. He wrote more than 200 works throughout his career. Among them were three violin concertos. His premier violin concerto in 1868 surpassed all his other work. It took him to great heights of his career. What was great about Bruch was that he was his compositions were diverse.

He dedicated piano concerto in A minor to Ferdinand Hiller. He was a pianist and composer who was the first music teacher to Bruch. Max Bruch was born to compose. He was only nine years old when he came up with his first compositions.

Max Bruch was born on January 6th, 1838. His place of birth was in Cologne in Rhine Province. His mother Wilhelmine was a singing teacher. She had great influence on the later career of Bruch. His father August Bruch, on the other hand, was a lawyer. He also ones worked with the Cologne police as vice president. Mathilde was his sister.

Max Bruch learned English and French from his father. He later took his first musical lessons under pianist and composer Ferdinand Hiller. Ignaz Moscheles was also his mentor. At the age of 9, he developed his first compositions. By the age of 14, he has also written his first symphony. He enrolled in Cologne under a scholarship.

In 1890, Max Bruch joined the Berlin Hochschule für Musik where he taught music compositions. He remained in the position till 1910 when he retired from teaching. During his career, he also wrote chamber works. He wrote for not only piano and viola but also a string octet and clarinet.

In 1912, he authored Concerto in A flat minor. The piece was meant to be played by Rose and Ottilie Sutro, American duo-pianists. However, he never profited from this work.

Max Bruch met Clara Tuczek his wife to be in Germany while in a tour. She was a singer. Later In January 1881, he tied the knot with her. The couple was blessed with their first born a daughter, Margaretha in 1881. They also had three other children Max Felix, Hans, and Ewald. His wife later died in 1919.

Max Bruch took his last breath on October 2nd, 1920 at his home in Berlin. It is believed that he died a painless death. He was 82 years old at the time of his death. He was laid to rest next to his late wife in Berlin’s Old St. Matthäus churchyard. She had died the previous year in August.