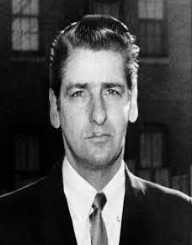 Albert Henry DeSalvo was born on September 3rd, in 1931. He was a notorious criminal born and raised in Boston, Massachusetts. Between 1962 and 1964, DeSalvo confessed to having strangled 13 women to death. However, he was only jailed for his rape cases as his murder confessions were only met with disputes.

Albert DeSalvo was born on September 3rd, in 1931. His place of birth was in Chelsea, Massachusetts. His father, Frank DeSalvo was an alcoholic. His mother was called Charlotte. DeSalvo’s father was violent and that there was a point when he broke Charlotte’s fingers in front of the children.

Growing up around a violent father influenced DeSalvo in torturing animals when he was young. Shortly after, he was shoplifting, and it took no time before being at the wrong end of the law.

When Albert DeSalvo was aged 12, he was imprisoned for robbery and battery. In 1943, he was sent to a reformation school called the Lyman School for Boys. The following year, he was paroled, and he went ahead to work as a delivery boy. However, in late 1946, he was back to the reformation school for stealing. Young DeSalvo then joined the army.

Between mid-1962 and early 1964, 13 women had been killed in the Boston area. Investigations later proved that the women had been sexually abused before being murdered.

Following the different case facts, the cops were not convinced that all murders could have been performed by a single person.

Months later, in 1964, Albert DeSalvo was found guilty of a series of rapes. This occurred after some women identified him as the one who had raped them. After being charged with the rape cases, DeSalvo also confessed that he was the man responsible for the 13 murders that had been reported earlier on.

In 1967, Albert DeSalvo was imprisoned. He was sentenced to life. However, he managed to escape prison in February the same year. After a three-day man-hunt, DeSalvo rang his lawyer informing him that he wanted to turn himself in. He was re-arrested in Lynn, Massachusetts.

Albert DeSalvo was stabbed to death on November 25th, in 1973. He was 42 years old at the time of his demise.