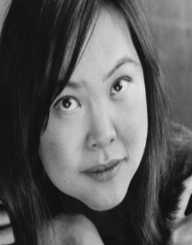 Vietnamese-American writer Monique Truong was born in Saigon, South Vietnam in arrived in the United States as a refugee in 1975.

Monique Truong graduated from Yale University in 1990 with a B.A. in Literature and from Columbia Law School J.D. 1995, having qualified as an intellectual property attorney.

Monique Truong followed up The Book of Salt (2003) with the award-winning Bitter in the Mouth (2010).

She is an editor of Watermark: An Anthology of Vietnamese American Poetry and Prose and contributes articles and essays to a wide range of magazines and newspapers including Conde Nast Traveler, the New York Times, Time Magazine and Real Simple.