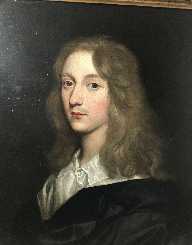 Prince Rupert of the Rhine was a noble German soldier and military leader born on December 17th, 1619. He is best remembered for his role in the English Civil War where he was the Royalist commander. Prince Rupert was a bright student from a young age. By the age of three, he was already familiar with a few different languages. Some of the languages he had learned include Czech English, German and French.

The royal troops won most battles especially during the early stages of the war. He led the 1655 to 1657 Anglo-Dutch War II as well as the 1672 to 1674 Anglo-Dutch War III. He was the co-founder of the Royal Society.

Prince Rupert of the Rhine was born on December 17th, 1619. His place of birth was Prague in the Kingdom of Bohemia. He was the son of Elizabeth Stuart and Frederick V. his father was the leader of the Protestant Union and also served as an Elector Palatine.

In 1662, his family had to flee to the Dutch Republic where Prince Rupert was raised. This was during the Battle of White Mountain. At the age of 3 he could speak some Czech English, German and French. When he was 13 years old, his father passed away.

Later still at a young age, he began his career as Prince Frederick’s military lifeguard. He also served in the Thirty Years’ War which took place from 1618 to 1648. He acquired a lot of experience in the military during this time. He was captured in 1638 and became a prisoner in Linz for three years. In 1841 after his release he went to England.  Shortly after in August 1642, the English Civil War began.

Prince Rupert served as the director of the Royalist cavalry’s troops. With his leadership, the troops emerged victorious in many English battles. In October 1642, he took part in the major civil war at which took place in Edgehill.

In 1644, Prince Rupert became the Royalist army’s Captain-General.  A year later he led the troop in a battle against Fairfax's New Model Army in the Battle of Naseby. Unfortunately the royalists were defeated in the war.

He was later appointed to take charge of the city of Bristol by King Charles I. unfortunately the Parliamentarians took hold of the city after Prince Rupert surrendered. The King was not pleased with his actions. He dismissed him from his duties and was also banished in July 1646 by the government of England.

During the following years led the small fleet s of the Royalist. Prince Rupert lost in one of the battles to Blake. He rejoined England in 1660. This was following the Restoration of the monarchy. He was appointed to serve at the high naval command. Between 1655 and 1657 during Anglo-Dutch War II, he was given naval commands and served as a privy councilor.

He also led the Anglo-Dutch War III which took place between 1672 and 1674. He was served at the Hudson's Bay Company as governor from 1970. He became the first governor ever in the company.

In a romantic relationship with Frances Bard, Prince Rupert fathered a son, Dudley Bard. Later in the 1960s, he was involved with Margaret Hughes. Together they had a daughter Ruperta.

Prince Rupert of the Rhine took his last breath in November 29th, 1682. He was 62 years old at the time of his death. His death took place in Westminster, Middlesex situated in England.