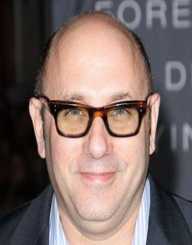 William Garson Paszamant was born 20th February 1964, to Donald and Muriel Paszamant. He was born in Highland Park, New Jersey, in the United States.

He studied at Highland Park High School, and after graduating in 1982, Garson enrolled at Wesleyan University and graduated in 1985 with his degree in theater. He also studied at Yale Drama School.

Willie Garson debuted in both film and television in 1986, and he hasn’t been out of work since. His film debut was The Deliberate Stranger, followed by a short movie in 1987 called, The Price of Life. Garson has been in approximately 70 movies, including, Groundhog Day (1993), There’s Something About Mary (1998), and both Sex and the City (2008), and its sequel, Sex and the City 2 (2010).

Garson has been in over 70 television series, in more than 300 episodes, including 27 episodes of Sex and the City from 1998 – 2004, and he was part of the main cast in White Collar between 2009 and 2014. He also made many ad-hoc appearances in top-rated shows, including, Ally McBeal, Friends, CSI: Miami, Hawaii Five-0, and Scandal.