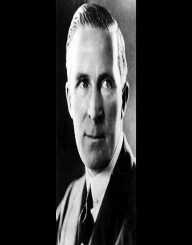 William Desmond Taylor was born 26th April 1872, to Major Kearns and Jane Deane-Tanner. He was born in County Carlow, Leinster, Republic of Ireland, although after he was born the family moved to Dublin.

William Desmond Taylor had four siblings, and his father was a retired officer from the British Army.


Migration To The US, Marriage, And Murder

In 1890, he journeyed to the United States, to stay at a ranch in Kansas. At the time, it was quite normal for Anglo-Irish and English gentry to send their sons to the US to learn to become “gentlemen farmers.” These were farmers who farmed more for pleasure than profit.

William Desmond Taylor became reacquainted with acting and moved to New York. He was very active socially and was a respectable member of society in New York. He courted Ethel May Hamilton, an actress, and they married in December 1901. A year or so later, they had a daughter. William Desmond Taylor was known to regularly have affairs with other women and was also known as a heavy drinker.

On 23rd October 1908, at the age of 36, William Desmond Taylor mysteriously vanished. It was known he suffered from “mental lapses” on the odd occasion, and at first, his family thought he had wandered away while suffering from amnesia. When he never returned, Ethel obtained a divorce in 1912 under state decree. Nobody knows what happened during the period after his disappearance, only that he traveled through Canada, Alaska, and part of the US. He mined for gold and did acting work with different acting companies. He then moved on to producing instead of acting.

In 1912, he arrived in San Francisco. He had changed his name from William Deane-Tanner to William Desmond Taylor. Some of his old friends from New York gave him money to assist him with re-establishing himself in Los Angeles.

William Desmond Taylor began acting in Hollywood, in 1913. In 1914, he directed his first film, which he also acted in. He went on over the next few years to direct over 50 films. He also became engaged to Neva Gerber, an actress that he met during the filming of The Awakening in 1913. Interestingly, Taylor’s younger brother Denis had also abandoned his wife and children, in 1912. William Desmond Taylor made contact with Denis’ wife, Ada, and quietly started sending her a monthly allowance of $50 so she could support the children.

In July 1918, near the end of World War I, William Desmond Taylor joined the Canadian Expeditionary Force. For the next four months he did training, and then he served in the Force until April 1919. After his military service, William Desmond Taylor returned to Hollywood, and once again went back to directing movies. It was while watching one of his movies that his ex-wife, Ethel, and his daughter became aware that he was alive. They promptly contacted him, and in 1921, Taylor went to New York City and visited his ex-wife and daughter.

On 2nd February 1922, William Desmond Taylor’s body was discovered in his home, in Los Angeles. It was eventually determined that the time of his death was the evening before, on1st February. Over a dozen individuals were listed as suspects, both men, and women. Nobody was convicted, and the crime scene management was badly handled which didn’t help. The media because a circus at the time, which also didn’t help matters. Taylor’s death remains one of Hollywood’s mysteries.