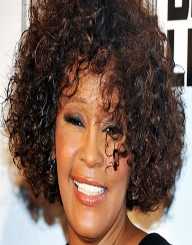 Whitney Houston is best known for her career as an R&B singer. But she has many credits to her name. Over the course of her lifetime, she was a model and an actress in notable films.

Whitney Houston was born on August 9, 1963, in Newark, New Jersey. She had a strong musical background. Her famous family members include her mother, Cissy Houston, and cousin, Dionne Warwick. Even her godmother was Aretha Franklin. Her performances started in the church choir with an emphasis on gospel music.

Whitney Houston's mother Cissy put a strong emphasis on education. Though she would sing backup for different bands and notable singers like Chaka Khan, her mother would not accept recording offers. Houston had to wait until she earned her high school diploma from the Catholic all-girls school Mount Saint Dominic Academy.

Whitney Houston sang from the choir to the nightclubs during her teen years with her mother. Houston was already catching the attention of big-name record companies. At the age of 19, she signed with Arista Records and its president Clive Davis. Her self-titled debut album that released in 1985 was an instant success. This is proven with its 14 non-consecutive weeks at the top of the charts and album sales of over 200 million copies worldwide.

“Saving All My Love for You” from the Whitney Houston album was just one award-winning single. She was able to follow up that success with the 1987 release of Whitney. She won another Grammy award for her single “I Wanna Dance with Somebody (Who Loves Me).”

In 1992, Whitney Houston showed her singing and acting abilities in the movie The Bodyguard alongside co-star Kevin Costner. Not only did she have the lead role playing a world-famous singer, but she also recorded many of the songs for the movie soundtrack. She earned more awards for the rendition of Dolly Parton's 1974 hit “I Will Always Love You.” More movies and soundtracks followed including Waiting to Exhale and The Preacher's Wife.

After dealing with struggles in her personal life, she was able to release another album I Look to You in 2009. In 2012, she returned to film for the musical film Sparkle along with Jordin Sparks.

Whitney Houston's rise to stardom stumbled around the time she fell in love and married another R&B singer. Bobby Brown was a member of the group New Edition. They married in 1992 after a three-year engagement. Even though she was starring in movies like Bodyguard, Waiting to Exhale, and The Preacher's Wife, her studio albums were not able to achieve the same kind of success as her first ones.

Her marriage was also seeing its problems. She was in and out of rehab for drug addictions and having major health problems. All of these factors affected her professional life as well. She was canceling concerts and fans were finding that she was not singing at the same quality she did in the past. Her mother intervened after Houston could not stay clean and drug-free.

Whitney Houston divorced Bobby Brown in 2007 and became the sole custodial parent of daughter Bobbi Kristina. Even though she said she would retire after her mother helped her, she returned to the studios to produce another album and film another movie. She died of an accidental drowning on February 11, 2012, with a heart disease and illegal drugs like cocaine that contributed to her untimely death.

Whitney Houston's love for children is evident in her organization, the Whitney Houston Foundation for Children. This nonprofit group was created to help support needy children worldwide. It was founded in 1989 and continues after her death. Support included aid for homeless children, children who were dealing with diseases including cancer and AIDS.

Her organization also helped provide children with the tools so that they could achieve self-empowerment. Houston also contributed to other organizations including The United Negro College Fund, St. Jude's Hospital, and AIDS-related organizations.

Even after her death at the age of 48, Whitney Houston is still remembered for her voice and her acting. Her performance of the Star Spangled Banner in 1991 is even considered one of the best in Super Bowl history. Many women have heard numerous awards for their music, but none have yet to achieve what Whitney Houston accomplished in her short life.