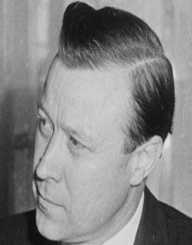 Walter Phillip Reuther was born on September 1, 1907. He was an American leader of organized labour. He was also a civil rights activist. He is famous for establishing the United Automobile Workers which became a progressive labour union in the United States of America. He was a determined advocate for labour rights all over the United States. He also championed for women rights, public education and affordable housing among other civil rights.

Walter Reuther was born on September 1, 1907, in Wheeling in West Virginia. He was born to Valentine and Anna Reuther. He was brought up alongside four siblings, Ted, Roy, Victor, and Christine. At the age of nine, his father was involved in an accident that blinded him, so Walter had to do odd jobs to provide for his family. The situation at home forced him to drop out of high school.

He started working at a factory where he realized that employees were working in unsafe working environments. His family shunned racism, and that is how he grew up fighting for the rights of all human beings.

In 1927, Walter Reuther travelled to Detroit and became a tool and die maker at Ford Motor Company. He was one of the highest paid mechanics in the company. He later finished his high school education while still working with the Ford Motor Company. He then joined Detroit City College. In 1932, he was fired from the company because he came up with a rally that supported Norman Thomas who was a Presidential candidate with the Socialist Party of America.

He later travelled with his brother Victor to Europe where they worked in an auto plant in Russia. They later travelled through Iran, India, Turkey, and China after they had worked in Russia for two years. They later moved back to the United States where they found work. Walter and his brothers later established the United Automobile Workers (UAW) which fought for the rights of employees who worked for auto companies.

In 1946, Walter Reuther was elected as President of UAW, and in that seat, he fought for the rights of workers, the minority and also fought for other civil rights that seemed essential for human survival. He negotiated contracts between workers and the state which most passed leading to Collective Bargaining Agreements that benefited auto workers all over the United States.

In 1952, he was appointed the President of the CIO. As the president of CIO, he negotiated a merger with George Meany and the American Federation of Labour which became effective in 1955. He was a staunch supporter of the African American Civil Rights Movement. He loathed racism and was ready to join his white counterparts against discriminating upon the African Americans. In 1938, an attempt was made on his life, but it did not go through. Ten years later, there was another attempt to take his life, but the plan failed as before.

In 1958, Walter Reuther received the Histadrut Humanitarian Award from the National Committee for Israel Labour. In 1968, he was awarded the Eugene V. Debs Award for his work in industrial unionism. In the same year, he received the Weizmann Award in Sciences and Humanities from The Weizmann Institute of Science.

In 1995, he posthumously received the Presidential Medal of Freedom from President Bill Clinton. He was inducted into the Department of Labour’s Hall of Fame. Walter received honorary doctorates from the University of Michigan, Tuskegee University, University of Rhode Island, Oakland University and Harvard University.

In 1936, Walter Reuther married May Wolf with whom he had a daughter, Linda Elisabeth. He died on May 9, 1970, in Michigan in the United States in a plane crash. He died at the age of sixty two.