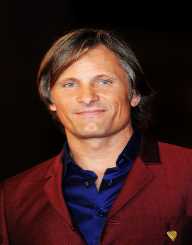 Viggo Peter Mortensen Jr. is a remarkable actor, musician, and producer. He first appeared in 1985 in a film titled Witness. Other incredible movies such as The Indian Runner, Daylight and Crimson Tide followed. International success called after playing as Aragon in the “Lord of the Rings” film series. Viggo’s inborn talent earned him countable of awards and nominations including an Academy Award.

Supportive, protective, and creative are some of the Viggo Mortensen's essential traits. He genuinely shows these wherever he goes. He possesses a calming nature that gives him an escort to move to the next career ladder. No matter how stressed and hectic the day is, Viggo tries his best to get in the know.

Creating the right impression for his friends and family is his favorite trait yet. Working under supervision isn’t part of his career path. From the word go, he believes in standing out and not surprisingly being around the clock doing nothing. Above all, people find him attractive, thanks to his confidence and sense of security.

On October 20, 1958, Viggo Peter Mortensen was born in NY, United States. He was born to Viggo Peter Mortensen Sr. and Grace Gamble. His family lived a nomadic kind of life. He attended Buenos Aires primary school. At 11 years of age, his parents parted ways where Grace opted to relocate to New York with his son, Viggo.

In 1976, Viggo graduated from Watertown High School where he later joined St. Lawrence University situated in Canton. After graduation, Mortensen went to live in Spain for some time where he later moved to Denmark. Well, he didn’t start as an actor but as a flower vendor as well as driving trucks. After some years, he went back to his motherland in search of his calling- acting.

Viggo Mortensen's first performance in his acting career was in 1985 in a film called “Witness.” He was also seen in “Search for Tomorrow” American Television Series. In 1987 he worked under American dramatist, Martin Sherman.

Before the end of the 1990s, Viggo had already made a name in various supporting roles. Some of the incredible ones include Young Guns II, The Portrait of a Lady, Prison, The Crew, Young Americans, and G.I Jane.

Lord of the Rings trilogy writer and film director, Peter Jackson brought Viggo Mortensen on the surface. It was after he was seen in one of his incredible films. Mortensen gave it all and never gave up even after acquiring several injuries. Viggo’s cool nature was recognized when he sang in the Lord of the Rings soundtrack called ‘Aragon’s Coronation.’ He also sang ‘The Lay of Beren and Luthien’

Coming up as a rising talent Viggo partnered with Pila Perez where the two established a publishing company, Perceval Press. It specializes in creative writing plus poetry and art.

It wasn't that long that he starred as Frank Hopkins in an Adventure/Drama film named Hidalgo. He also appeared in A History of Violence movie as well as Captain Diego in “Alatriste” Spanish movie.

From 2007 to 2011 Viggo Mortensen was seen taking different roles in various movies and series. Some of the notable ones include Eastern Promises, Reclaiming the Blade, The People Speak, The Road, and A Dangerous Method.

Viggo Mortensen's creativity allowed him to experiment with different fields including getting profitable dealings in music and poetry. He teamed up with a famous guitarist, Buckethead and launched a label titled TDRS Music.

Aside from his alternate path, Mortensen is also an incredible author. He has published countable of books of paintings, poetry, and photography. They include Linger released in 2005, Ten Last Night in 1993 and “I Forget You For Ever” in 2006. Viggo can also be referred to as, as a professional photographer and a painter.

From 1987 to 2011 Viggo Mortensen won Dramalogue Critics Award for his role in Bent play. Satellite Award followed this for his outstanding part in A History of Violence film. Later he received a Gold Medal of the City of Leon at St. Lawrence University. Afterward, an Academy Award was born for being the Best Actor as well as his role in Eastern Promises movie.

On July 8th, 1987 Viggo got married to Exene Cervenka with whom they had a son called Henry. The duo parted ways in 1992.  Since 2009 to date he has been dating Ariadna Gil.