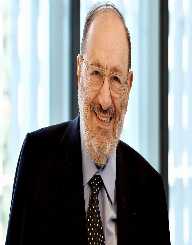 Umberto Eco is an Italian writer, novelist and philosopher born in January 5th, 1932. He is best remembered for his semiotics. Among his best work is Foucault's Pendulum and The Name of the Rose. They are still bestselling novels. His work has been translated into a number of foreign languages.

Umberto Eco developed interest in books at young age. He used to read a number of books of different genres as a young lad. During his later studies, his father wanted him to pursue law. However, Umberto Eco chose to study literature and medieval philosophy. His true calling was in literature. In his later career, he served at the University of Bologna as a professor emeritus. He was still in the position at the time of his death.

Umberto Eco was born in January 5th, 1932. His place of birth was in Alessandria situated in Italy. He was the son to Giulio and Giovanna. His father was a professional accountant. Throughout his life, he also served in three wars.

Umberto Eco studied literature and medieval philosophy at the University of Turin. His father wanted him to study law instead he chose to follow his dreams. He felt that literature was his true calling. Later in 1954, he attained his Laurea in philosophy.

Umberto Eco kicked off his career as a part time lecturer in the Turin University. He also began his career in writing during this time. By 1957, he had published his first book. it was released with the title II problema estetico in San Tommaso. He then began his second book that was published in 1959. This time it was titled Sviluppo dell’estetica medieval. With this book, Eco’s fame as a prolific thinker began.

He worked at the Bompiani publishing house, Milan from 1959. He was non-fiction editor’s senior. In the 1960s, Umberto Eco had more of his work published. These include Apocalittici e integrati and Diario minimo among others. He also gave a lecture titled “Towards a Semiological Guerilla Warfare” which came to be quite famous.

In 1980, he worked on his book The Name of the Rose. This book was his premier historical fiction. The book was later turned into a motion picture. He wrote his novel Foucault’s Pendulum in 1980. Subsequently in 1994, he authored The Island of the Day Before.

In 2000, another of his work was released with the title Baudolino. Five years later The Mysterious Flame of Queen Loana was published. In 2008, he was appointed as a professor emeritus. This was at the University of Bologna. He served in the position since then till the time he took his last breath. His 6th novel was published in 2010. It was released with the title The Prague Cemetery.

Umberto Eco tied the knot with Renate Ramge in 1962. She was a German teacher. The couple was blessed with two children.

Umberto Eco succumbed to pancreatic cancer in February 19th, 2016. He was 84 years old at the time of his death.