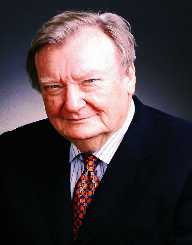 Carlo Rubbia was born on March 31, 1934. He is an Italian physicist. He is currently aged eighty-three.

Carlo Rubbia was born on March 31, 1934, in Gorizia, Italy. He was born to Silvio Rubbia and Bice. He had an interest in mechanics and engineering. His high school curriculum was affected during World War II. He joined The University of Milan to study engineering. He later joined Scuola Normale. In 1957, he performed cosmic rays’ experiments. He graduated in the same year. In 1958, he achieved a doctorate at the University of Pisa.

Carlo Rubbia later went to the United States of America. He joined Columbia University to pursue his postdoctoral research. He alongside W. Baker worked on an angular symmetry noticed on polarized muons containment. In 1960, he returned to Europe. He joined European Organization of Nuclear Research, where he continued his research. In 1964, he started researching on CP Violation’s origin. In 1970, he became the Physics professor at Harvard University. He was also a lecturer at the Harvard University.

In 1973, Carlo Rubbia alongside other research groups was involved in the formulation of the postulates of electroweak theory. In 1976, he urged European Organization of Nuclear Research to build the Super Proton Synchrotron. In 1983, he alongside other scientists proved the existence of bosons renowned as W and Z particles.

In 1989, Carlo Rubbia became the Director-General of the European Organisation of Nuclear Research Laboratory. He alongside Gran Sasso laboratory later conducted experiments on identification of decaying protons. In 1995, he was appointed the President of the Italian National Agency of New Technologies, Energy, and Sustainable Economic Development. He also worked on a new solar power concentration method. In 1997, he was among European Union President Barroso’s climate change advisors.

In 2009, Carlo Rubbia became the United Nations Economic Commission for Latin America Secretary General’s advisor. In 2010, he was appointed the Scientific Director of the Institute of Advanced Sustainability Studies in Potsdam, Germany.

In 1984, Carlo Rubbia alongside Scientist Simon Van der Meer shared the Nobel Prize in Physics. In 1985, he became a member of the Royal Society. In 1989, he was awarded the Dirac Medal. In 2013, he was made a Senator for Life in the Italian Senate by the Italian President Giorgio Napolitano.

Carlo Rubbia was married to Marisa with whom they have two children. He is currently aged eighty-three.