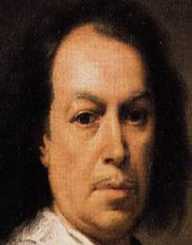 Bartolome Esteban Murillo was born on December 31, 1617. His religious painting such as Immaculate Conception (1652) made him famous.  Additionally, Murillo had other works, especially of modern women and children painting. 16th-century Flemish artists influenced his work. In Spain, Murillo is so much praised and copied. In the Spanish Golden Age, Murillo is regarded as one of the greatest painters.

Bartolome Esteban Murillo was born on December 31, 1617, in Seville, Spain. His parents were Gaspar Esteban and Marie Perez. He was the youngest child in a family of 14. Despite his father being a barber-surgeon, Murillo had a passion for art. Also, his uncle and cousins had artistic talents.

Murillo was orphaned at the age of 10, and he was taken in by his sister and her husband. During the 1930s he was undecided in which path to follow. As a result, he made living painting decorations for export to America.

Alonzo Cano influenced Bartolome Esteban Murillo's early works. Also, he aligned himself to their broad, realistic subjects. As his art developed, Murillo works went towards a style that fitted middle-class of that period. Murillo spiritual work shows his art style. At 26 years old, he moved to Madrid where he learned the art of vibrant color and soft model forms.

In 1645 he painted seven works on canvas for the Convent of St. Francisco in Saville. The painting illustrated the miracles of Franciscan saints. Also, he completed his numerous painting of children, for example, The Young Beggar. After he finished the pair pictures for the Seville Cathedral, he started specialization in the theme of the Virgin and Child and Immaculate Conception. As a result, the works brought him great success.

Bartolome Esteban Murillo was among the founder of the Seville Academy of Art in 1660. Consequently, during that period he saw his most significant period of activity. Additionally, he obtained many important commissions including the altarpiece for the Augustinian religious house. Recognized also was his painting of Santa Maria la Blanca (1665).

Bartolome Esteban Murillo married Beatriz Cabrera Villalobos with whom he had seven children. He died on April 3, 1682.