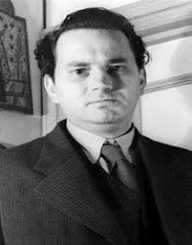 Thomas Wolfe was born on October 3, 1900. He was an American author. He wrote most of his books in the early 20th Century. He wrote novels, short stories and dramatic works among other types of literature.

His books mostly reflect on the American culture and the advancements in society. He died on September 15, 1938, at the age of thirty-seven.

At the age of fifteen, Thomas joined the University of North Carolina at Chapel Hill. At the school, he was a member of the Pi Kappa Phi fraternity and the Dialect Society. In 1919, he started a playwriting course because he aspired to be a playwright.

He wrote the play ‘The Return of Buck Gavin’ which was formed by his classmates. He was also the editor of the student newspaper ‘The Daily Tar Heel.’ He later received the Worth Prize for his essay ‘The Crisis in Industry.’ He wrote another play ‘The Third Night’ which was also performed by his classmates. He was later inducted into the Golden Fleece Honour Society. In 1920, he graduated from the University with a BA. In the same year, he enrolled at Harvard University where he took up playwriting under the guidance of George Pierce Baker.

In 1922, Thomas Wolfe graduated with a Master’s Degree from the University. He later on in the year lost his father. In 1923, the 47 Workshop performed his play ‘Welcome to Our City’. In 1924, he became an instructor in English at the New York University.

In 1924, Thomas Wolfe traveled to Europe where he continued writing. He later traveled to France, Switzerland, and Italy. In 1926, he traveled back to Europe where he started writing the novel ‘O Lost.’ The narrative of the novel later became known with the title ‘Look Homeward, Angel’ and was published in 1929. He later wrote his second novel ‘The October Fair’ which was later changed to ‘Of Time and the River’ and it became highly successful compared to his first novel.

While still in Europe, he experienced how Jews were being discriminated upon, and this disgusted him, so he moved back to America where he wrote the story ‘I Have a Thing to Tell You’ in ‘The New Republic.’

The article caused his earlier books to be banned by the German Government. He was also prohibited from going back to Germany. In 1937, he published the short story ‘Chickamauga.’ His other works included ‘The Hills Beyond,’ ‘The Letters of Thomas Wolfe,’ ‘You Can’t Go Home Again,’ ‘The Lost Boy,’ ‘Beyond Love and Loyalty: The Letters of Thomas Wolfe and Elizabeth Nowell’ and ‘The Hound of Darkness’ among so many others.

In 1925, Thomas Wolfe met Aline Bernstein with whom he started an affair even though she was married. Their relationship lasted five years, and during this time she funded his writing. The affair was however called off by Thomas in 1929.

Thomas Wolfe died on September 15, 1938, of pneumonia at the age of thirty-seven. He was buried in Riverside Cemetery in North Carolina beside his siblings and parents.