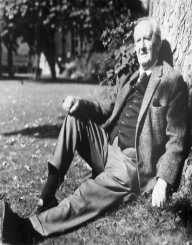 J.R.R Tolkien was an English poet, writer, and novelist born on January 3rd, 1892. Some of his best works include Beowulf: The Monsters and the Critics which was greatly appreciated at the time. His father died when he was only three years old, forcing him along with his younger brother and mother to live with their grandparents. During his career, he also authored books for children like The Adventures of Tom Bombadil. Among the awards, he won was the Locus Award for Best Fantasy novel for his work The Silmarillion.

J.R.R Tolkien also known was born on January 3rd, 1892. His place of birth was Bloemfontein, Orange Free State. He was the son of Arthur Reuel and Mabel nee Suffield. His father earned a living as a bank manager. He succumbed to rheumatic fever when his son Tolkien was only three years old. J.R.R Tolkien had a brother called Hillary. He was younger than him. When their father passed on, they went to live with their grandparents along with their mother. Their grandparents lived in Kings Heath in Birmingham at the time. His mother later died of diabetes in 1904.

He enrolled at Exeter College, Oxford in 1911. Initially, he studied classics but later in 1913 concentrated on Literature and English Language. In the same year, he wrote some of his first poem From the many-willow’d margin of the immemorial Thames. It was published in the school’s magazine. He was a bright student hence in 1915 graduated with first class honors.

J.R.R Tolkien began his career in The Oxford English Dictionary in 1918. He served as an assistant lexicographer. In 1920 he served as an English language reader at the University of Leeds. Meanwhile, he co-produced Sir Gawain and the Green Knight and A Middle English Vocabulary. E.V. Gordon assisted him.

J.R.R Tolkien later in 1925 worked at Oxford University as an Anglo-Saxon professor. During this time he came up with many of his first parts of The Lord of the Rings work. In 1932 he wrote the essay Nodens which was on a philological lecture.

In 1936, he essayed Beowulf: The Monsters and the Critics. Later in 1945 to 1959, he served as a Professor of English Language at Merton College, Oxford. He also wrote children imaginative stories like Mr. Bliss and Roverandom. He also wrote The Father Christmas Letters, Tree and Leaf and On Fairy-Stories among others.

J.R.R Tolkien was appointed as the British Empire’s commander by Queen Elizabeth II in 1972. In 1978, he was presented with the Locus Award for Best Fantasy novel. He earned this with his work The Silmarillion.

J.R.R Tolkien got engaged to Edith Mary Bratt in 1913, and the couple tied the knot in 1916. They were blessed with four children: John, Michael, Christopher, and Priscilla. Edith passed away in 1971.

J.R.R Tolkien took his last breath on September 2nd, 1973. He died in Bournemouth situated in the United Kingdom and was buried along with his late wife. He was 81years old at the time of his death.